An Icelandic Adventure in Photos Garlinda Birkbeck, professional photographer, made a trip to Iceland organised by Original Travel, in February 2016 with Peter Wilson and Griff RhysJones. They flew to Akureyri, hired a car and drove to Myvatn, where they stayed for a couple of days. Then they made their way around the north and west coasts to Snaefelsnes, finishing off with a day in Reykjavik. If you wish to purchase any of the photographs featured in our blog or attend an exhibition of her work which will be held in 2017, please contact Clare Crawshay-Williams on 07703 599 362, clare@crawshays.co.uk. Prices from Â£330.

Peter shared the driving with Griff, who was much more sympathetic about stopping whenever there was a good shot.

Griff stopped the car just beyond Lonkot on Skagafjorâˆ‚ur so I could catch this shot of a range of mountains with the snow whipped off their ridges by the driving winds. Within seconds the white light had gone, and with it the shot. I had captured it just in time thanks to Griff's reaction.

Just beyond Reykjaliâˆ‚ on the shores of Myvatn is the extinct caldera of Kefla. Jo and I went clockwise on the ridge; this is a shot across the volcano of Peter and Griff going the other way round.

The ice on the surface of Myvatn gives a natural glow to this view of a distant hill. We were surprised in this desolate landscape to stumble across a film crew putting the final touches to Fast & Furious 8.

This was genuinely amazingly blue, which I love.

After fish and chips at Olafsvik on the north coast of Snaefelsnes we tried to get over the road pass back to the hotel at Buâˆ‚ir, on the south coast. The condition of the road spooked Peter, so after a short walk with spectacular views we turned back and drove round the peninsular.

This view looked like a line drawing, which I hope I've captured.

This lovely church is right next to the Hotel Buâˆ‚ir, on the south coast of Snaefelsnes. It sits overlooking the waters of Faxafloi, on the far edge of which sits Reykjavik. There's a coast walk from the hotel, with sandy paths winding among dunes from which you can see the seals playing in the shallow water.

The evening we arrived that day's snow had melted, but overnight there was a fresh fall. I got up early to take this photograph. By the evening the snow had again gone.

There's a scarcely drivable track from Myvatn into the interior near Barâˆ‚, where after a four hours we donned snowshoes and walked a kilometer to enter a most beautiful cave. This shot is of the fence that the high wheel base Land Rover had to follow to make sure that it was on the right road.

Strangely Iceland is criss crossed with fences that do, as far as we could tell, practically no work at all.

One of Iceland's most active volcanic areas is near Myvatn. This photograph is taken on the road out of Rejkjaliâˆ‚, where the smell of sulphurous fumes mixed with the steam is almost unbearable.

I like the way that the steam generated by the geysir in the valley looks like an old fashioned steam train.

Taken on Snaefelses' southern coast road. The small and hardy ponies are distinctively Icelandic, and in the summer are used to take tourists off-road into Iceland's uninhabited interior. We didn't see many sheep; lots of churches.

This photograph is a 'full house' of things that populate an Icelandic scene.

We drove from Snaefelsnes to Reykjavik along a road that snaked between fields lightly covered with snow. This was taken just beyond Staâˆ‚ustaâˆ‚ur.

I like the impression of an empty road, apparently going nowhere.

Taken on the western shore of Eyjafjorâˆ‚ur, a few miles north of Akureyri. We were heading towards Siglufjorâˆ‚ur, which is about 30km south of the Arctic Circle. You can get a sense of the scale of the mountains on the other side of the fjord from the size of the boat.

Where has it been?

Garlinda Birkbeck started her professional career by doing her own film developing and printing. She now enjoys processing and printing digitally in her studio in Norfolk. Some of her work is in colour, but she prefers black and white.

As well as landscapes, she is an accomplished portrait photographer. One of her particular interests, and strengths, is capturing people as they engage in an activity or with environment that they love. 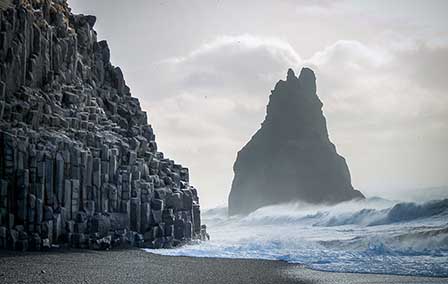 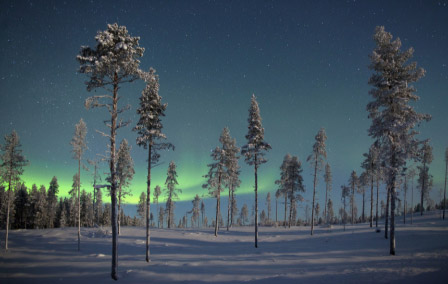