Abu Dhabi watched and took more than a few notes during neighbouring Dubai's meteoric rise. Not only have they now bailed out their profligate neighbours to the tune of $10 billion, but Abu Dhabi has learnt lessons and plotted its post-petroleum future far more strategically. So what does this strategy involve? Well, for starters, far more emphasis on culture. Yes, there are plenty of shopping malls flogging luxury goods, just as in Dubai, but also immaculate architecture such as an outpost of the Louvre, a spanking new mosque that cost a cool $545 million and the (hopefully) soon to open Guggenheim Abu Dhabi. The good news is that Abu Dhabi has even more to offer the luxury traveller, from cultural attractions to some extremely beautiful landscapes making it great for a short(ish) haul hot holiday destination.

Ponder the concept of 'first mover advantage', ie: that there is innate benefit in embracing boldness and being first out of the blocks. There are plenty of examples where this proved the correct strategy, but occasionally it can prove a costly mistake.

Exhibit A - Dubai. Of all the United Arab Emirates, Dubai was the first to realise that oil was a finite resource and that life after fossil fuel revenue would be pretty bleak unless they diversified. Admittedly, the fact that they had considerably less of the black stuff than neighbours Abu Dhabi might have forced their hand, but in the blink of an eye Dubai morphed from a sleepy fishing town into a major tourist centre, investment property centre and serious transport hub. Then, as we all know, the bubble burst in spectacular fashion.

And who came riding on a magnificent arab stallion to the rescue? That's right, neighbouring Abu Dhabi, who bailed out their profligate neighbours to the tune of $10 billion, but Abu Dhabi has learnt lessons and plotted its post-petroleum future far more strategically, with far more emphasis on culture.

Abu Dhabi is also blessed with a far more interesting natural landscape than its neighbour. Where Dubai has had to build islands, Abu Dhabi has over 200, none built from scratch, nor obviously man-made when viewed from space. In addition, where Dubai has scrubby desert, Abu Dhabi features part of the fabled Empty Quarter, the largest dune sea in the world, where Thesiger experienced the harshness and beautiful simplicity of Bedouin life.

Add a fast growing clutch of seriously luxurious hotels for families and couples alike, and some excellent restaurants, and we suspect Abu Dhabi might become a serious player in the holiday stakes in the none too distant future. 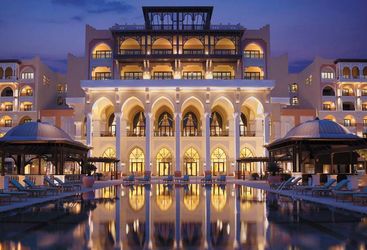 The Shangri-La is blessed with possibly the best view in Abu Dhabi, looking across the water to the imposing Sheikh Zayed Mosque.
Find out more Add to Ideas+ 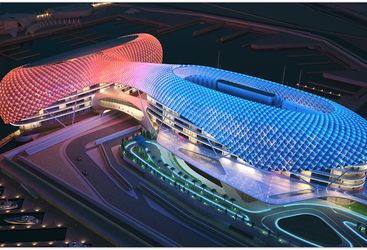 If Abu Dhabi's Saadiyat Island is the 'cultural island', home to museums and exhibition centres, then Yas Island is the noisy neighbour next...
Find out more Add to Ideas+ 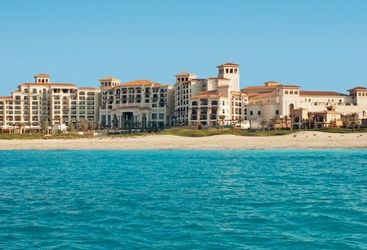 Saadiyat Island is arguably the centrepiece of Abu Dhabi's rulers' vision for the Emirate, and the St Regis is the place to stay on the island.
Find out more Add to Ideas+ 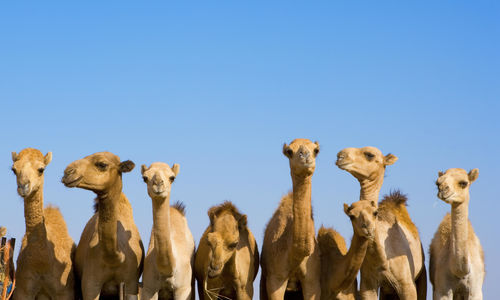 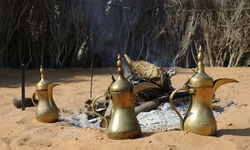 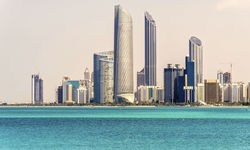 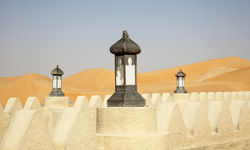 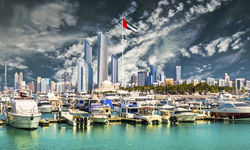 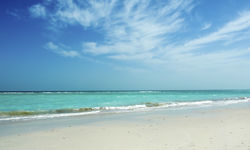 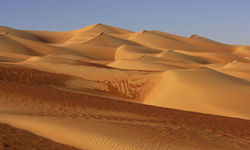 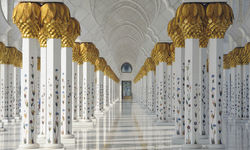 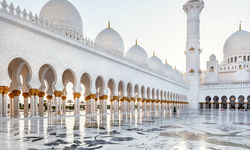 The total cost of a luxury holiday to Abu Dhabi including flights, transfers, and a week’s accommodation at a hotel like the Park Hyatt Saadiyat Island on a bed and breakfast basis would start from approximately £3,150 for two travellers.

Original Travel Expert: Charlotte Cox
My highlight: Something you probably didn't imagine you could do in Abu Dhabi is to go on an evening kayaking trip around unspoilt mangrove swamps - much of the mainland is equally untouched, too.
Enquire now
Call us on: +44 (0) 20 7978 7333