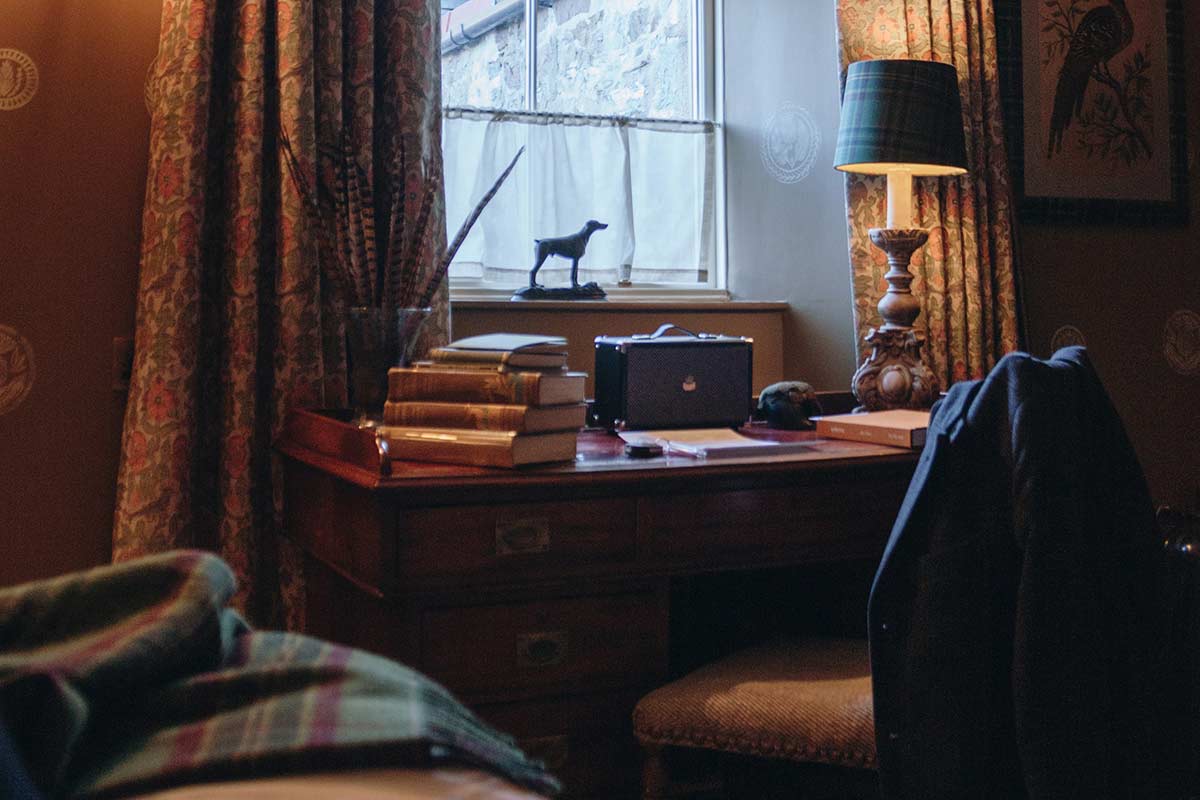 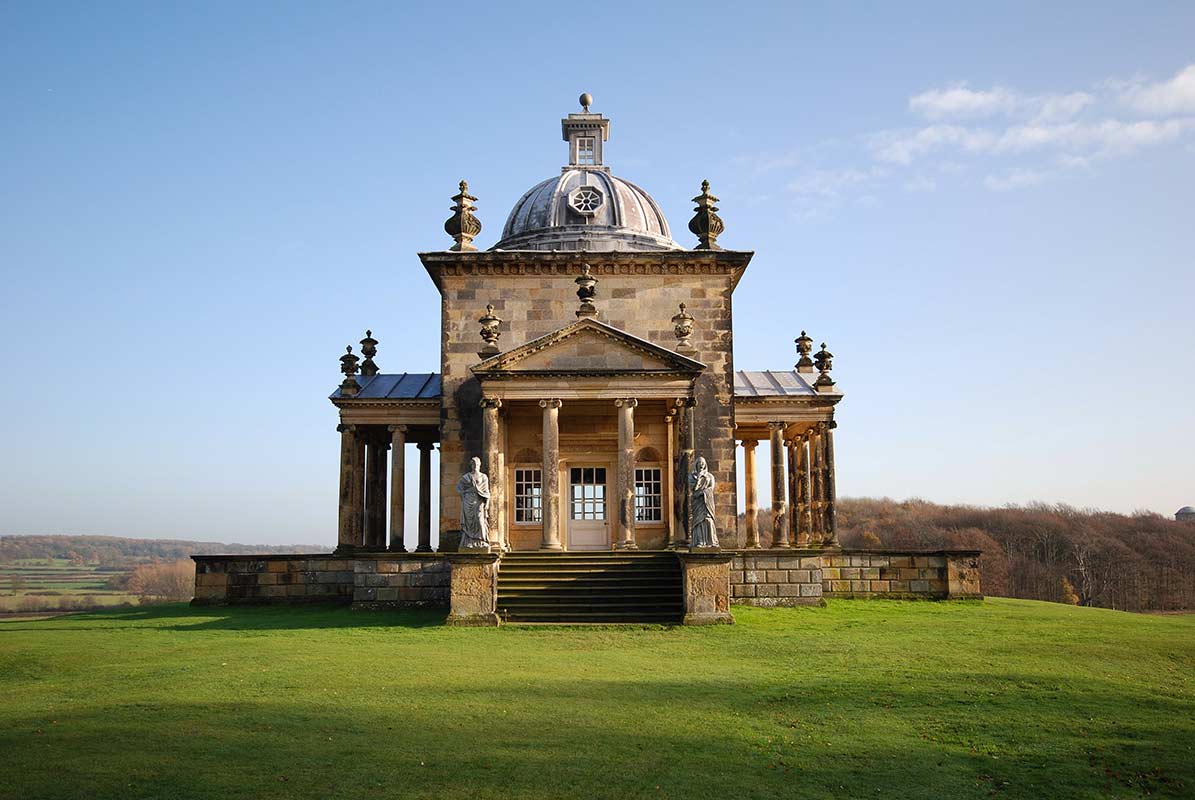 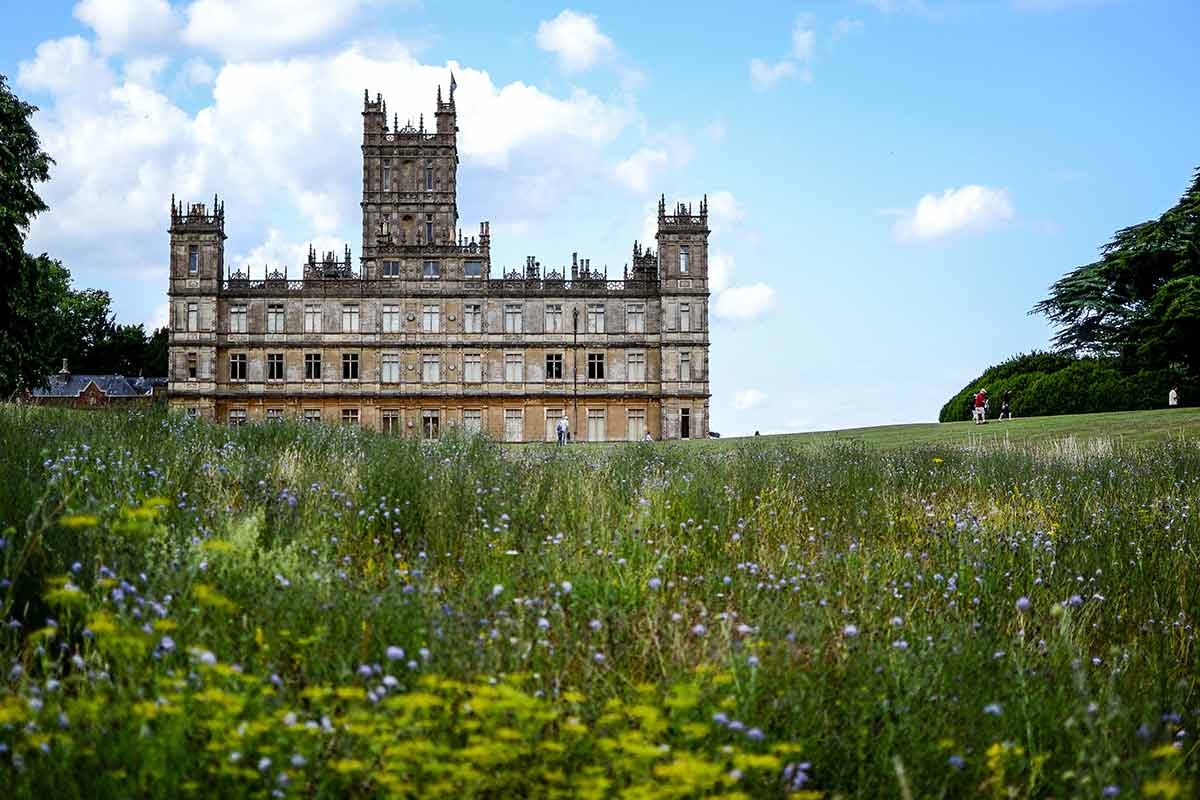 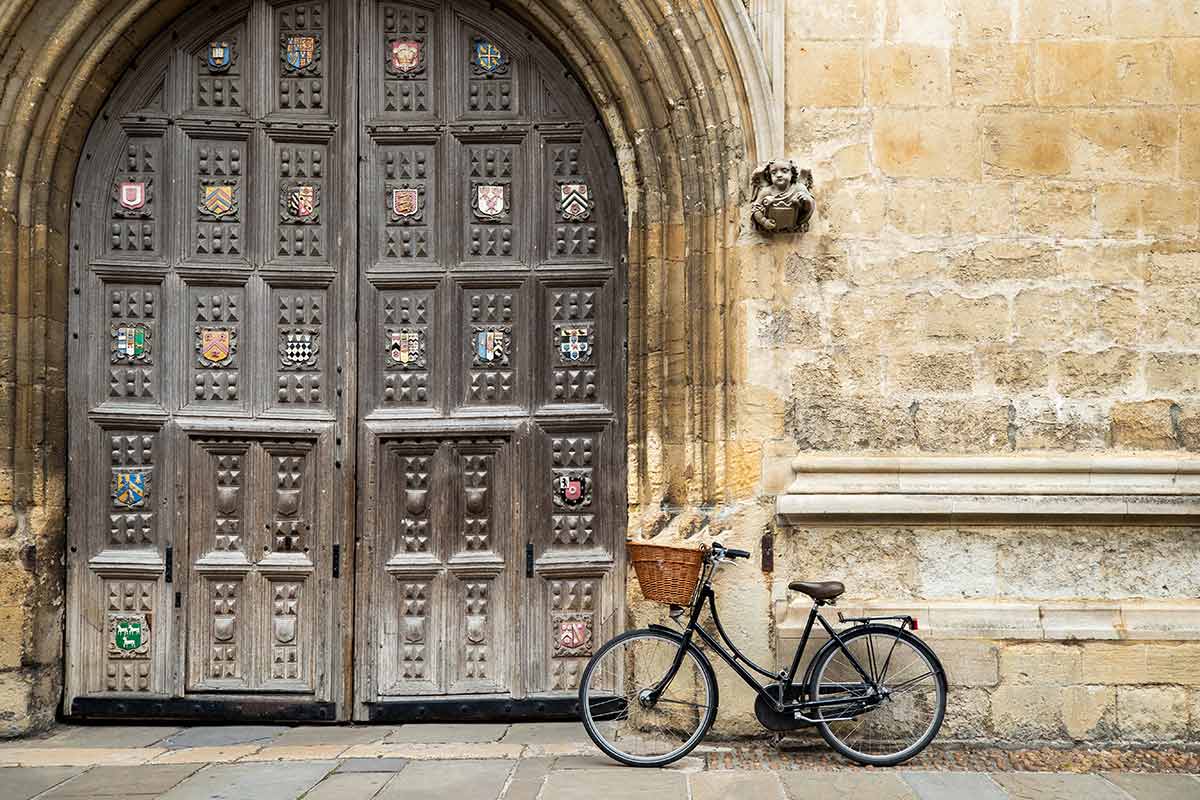 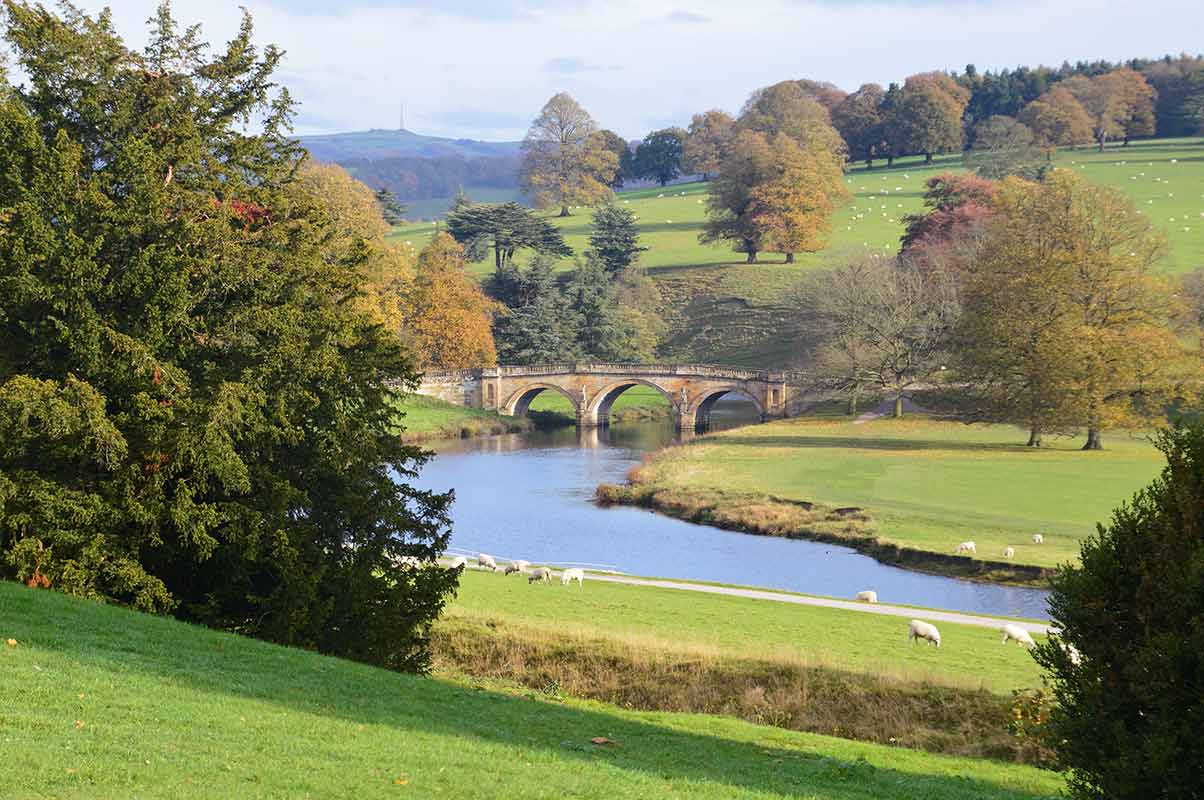 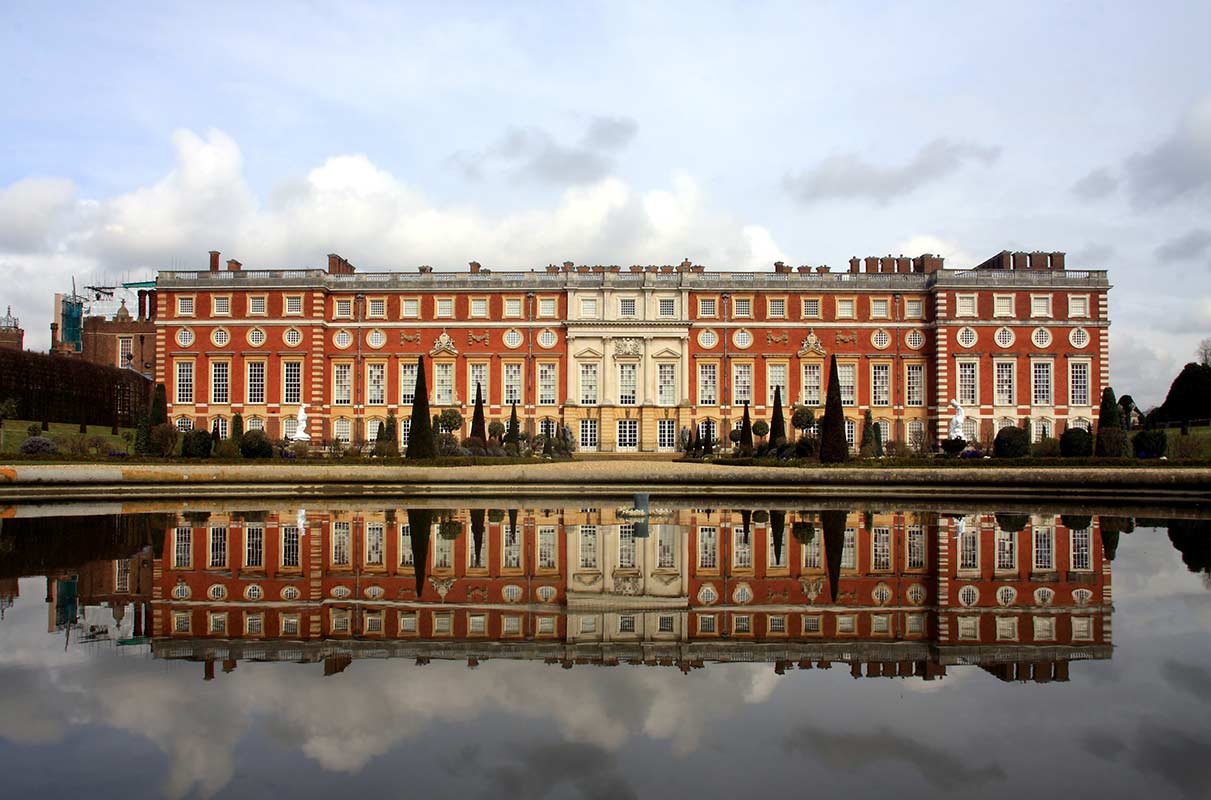 From Haddon Hall to Highclere and Castle Howard to Chatsworth, this 10-day itinerary showcases the best of England's stately homes, historic manors and castles.

Begin your journey with an international flight to England, we would recommend this being into Manchester (possibly via London) to begin your trip.

Your driver will be waiting in the arrivals hall with a sign board, he will then transfer you to your hotel, we would recommend staying in Middlethorpe Hall. This afternoon, once you are refreshed, we would highly recommend spending the afternoon in York. King George VI once said that York 'is the history of England' and it is easy to see why. Steeped in 2000 years of rich history, York is one of the most fascinating cities in Britain to visit. It is a picturesque, riverside city that is home to the iconic York Minster cathedral, cobbled streets and shadowy medieval 'snickleways'.

After breakfast, explore Castle Howard and Fountains Abbey with your driver-guide. Situated just outside York in the Howardian Hills, an Area of Outstanding Natural Beauty, Castle Howard is one of Britain's finest historic houses. The castle was built over 300 years ago by Sir John Vanbrugh (also responsible for the magnificent Blenheim Palace), and today it remains home to the Howard family. With 1,000 acres to explore, Castle Howard is a haven of peace and tranquillity with extensive woodland walks, temples, lakes and fountains.

After your visit, enjoy lunch at leisure before touring Fountains Abbey. From humble beginnings the magnificent abbey was established by devout monks seeking a simpler existence. The atmospheric ruins that remain are a window on a way of life which shaped the medieval world. One-of-a-kind, this special place is now recognised as a UNESCO World Heritage Site.

Today, after checking out of your hotel, depart with your driver-guide. Enjoy a visit to Chatsworth House, a beautiful stately home in the heart of the beautiful Derbyshire countryside. Home to the Duke and Duchess of Devonshire, Chatsworth has one of Europe's most significant art collections and gives visitors the opportunity to see everything from Old Masters to contemporary ceramics and artefacts from Ancient Egypt, through to cutting edge modern sculpture and computer portraits.

After your visit your driver-guide will transfer you to your next hotel, The Peacock at Rowsley.

This morning depart for a day exploring Derbyshire's dramatic Peak District with your driver-guide. The Peak District National Park is an upland area in England and offers breath-taking views and fantastic opportunities for pastimes such as cycling, walking and wildlife watching. It became the first national park in the United Kingdom in 1951. After lunch, visit Haddon Hall - one of the finest examples of a medieval manor house in England. The hall is one of the seats of the Dukes of Rutland and lies alongside the River Wye, just south of Bakewell.

This morning check out of your hotel and depart for Althorp, located two hours away in Northamptonshire. Enjoy a tour of the Spencer family seat - where, of course, Princess Diana grew up and is buried. After your tour your driver-guide will transfer you the hour-and-a-half to Cliveden - once home of the fabulously wealthy Astor family - for check in.

From Cliveden, your journey to Blenheim Palace is approximately an hour. Blenheim Palace was a VERY generous gift from Queen Anne and a grateful nation to John Churchill, 1st Duke of Marlborough, following his famous victory over the French at the Battle of Blenheim in 1704. As well as the beautiful palace itself, the stunning grounds and the Great Lake, there is also the room where Sir Winston Churchill was born 1874.

We would suggest having lunch in the quaint village of Woodstock before heading into Oxford city centre. What most people associate with Oxford is its university, and rightly so. Over the past eight centuries, eminent scientists, philosophers, authors, archbishops, explorers and politicians have emerged from its ivory towers. However, the wider city of Oxford should not be overlooked; it is a medieval gem steeped in culture and history and with a lively mix of restaurants, pubs and theatres adding to its alluring and vibrant buzz. After your tour your driver-guide will transfer you back to your hotel.

We can arrange private pre-opening tour of Blenheim Palace so you can explore this extraordinary stately home away from the crowds.

This morning, depart for Highclere Castle, located an hour from your hotel. This grand castle, set in 1000 acres of spectacular parkland, is considered to be one of England's most beautiful Victorian castles. It has been home to the Carnarvon family since 1679 and more recently found fame as the setting of the hugely successful Downton Abbey television series, and we can arrange private tours of the castle when it is not open to the public. If you can tear yourself away from the magnificent interiors and furnishings in the castle itself, the collection of Egyptian artefacts in the basement, from the 5th Earl of Carnarvon's expedition to discover Tutankhamun's tomb, is well worth a look.

Alternatively, spend the day enjoying the magnificent spa at Cliveden, the National Trust grounds or a boat ride on the river.

Depart with your driver-guide for Hampton Court Palace, located approximately 45 minutes from Cliveden. Enjoy a guided tour of the majestic palace and gardens. After your tour enjoy lunch in a pub by the river before heading to Windsor Castle for a royal comparison! A working palace, Windsor Castle is exceedingly popular this year, in no small part due to the two royal weddings (Prince Harry's, and Princess Eugenie's) taking place in the Castle's chapel this summer.

Your driver is on hand to transfer you to the airport, which is a 25-minute drive from your hotel.

Dependent on season, accommodation and activities
The cost for this trip is from £5,200 per person. The final cost of the trip depends on the way we tailor it especially for you. The final cost varies according to several factors, which include the level of service, length of trip and advance booking time. The exact price will be provided on your personalised quote.
A few of the benefits of travelling with us