Learn more No thanks
Highlights of Lebanon
Who: Couples, Honeymoons, Families and Solo Travellers

Luxury in the Levant – the Highlights of Lebanon

Lucy is here to help give you the inside track.

Explore the highlights of Lebanon on a six-day road trip around this diminutive but dynamic country, taking in Beirut, Baalbeck and more. Visit some of the best preserved of all Roman temples, taste superb wines, sample sensational Lebanese cuisine and walk trails through forests of cedar of Lebanon.

Your classic Lebanon holiday starts today with an afternoon flight from London to Beirut, the Lebanese capital.

The flight takes just under five hours, and you'll arrive in Beirut in the evening before a transfer to your city centre hotel. This being a party town and culinary hotspot of note, if you want to hit the ground running then our Concierge can recommend the most fun restaurants and bars for a first night out.

After breakfast, start the first full day of your highlights of Beirut holiday with a guided tour of the city.

Beirut has an intriguing past and an infectious energy, and today you will get to learn all about it with your expert guide. With a history spanning some 5,000 years, this is one of the oldest cities in the world, starting first as a prosperous Phoenician port - Berot - before being renamed Berytus and elevated to the rank of Roman Colony and acquiring the rights of a Roman city-state. The city became particularly well-known during in Roman times for its law school under Septimus Severus (192-212 AD), which helped to draft the famous Justinian Code. Destroyed and rebuilt seven times, Beirut owned the title of 'the city that refuses to vanish'. Your tour will include a visit to the National Museum, with its beautiful collection of sarcophagi and mosaics from the Roman and Byzantine periods. You'll also walk into town to The Corniche and the Pigeon Cave, the new city centre with the Place de l'Etoile and Martyrs Square. On the coastal road, visit the Jeita grottoes, a labyrinth of caverns filled with stalactites and stalagmites that extend for more than five miles. Take a little boat trip to explore the subterranean lake before your driver takes you on to Byblos.

The journey to the city of Byblos takes just an hour, but along the way you will stop to take the Teleferique (cable car) to see Our Lady of Lebanon, a famous shrine and pilgrimage in the hills behind Beirut. The views from here are incredible so you'll have time to soak them up before continuing towards Byblos, where you'll arrive in time for supper.

After dropping your bags at your hotel, head out to sample some of the city's famous seafood - we can recommend a restaurant and make a reservation for your supper tonight.

Enjoy a hearty breakfast today before you leave the coast behind to head north-east in to the Kadisha Valley (also known as the Qadisha Valley), which means Holy Valley in the ancient language of Aramaic, the native tongue of Jesus.

You'll have the opportunity to explore this beautiful natural site today. The dramatic cliff faces which plunge into verdant valleys are dotted with caves, including one which is the starting place of the holy river, Nahr Qadisha. As well as this famous river, the valley is also well-known for its cedar forest - the Cedars of God - where you'll take a scenic talk. The walk through this centuries-old forest isn't difficult and only takes about an hour, making it a relaxing and peaceful experience.

After your exploration, head back to your hotel in the heart of this legendary forest, and look out over the cedars of Lebanon that are so emblematic of the country.

After a night in your luxury lodge surrounded by nature, enjoy breakfast before meeting your private driver and expert guide to make your way east to the temple complex of Baalbek, Lebanon's greatest Roman treasure and one of the best-preserved Roman sites in the world. You will have the morning to explore the site with its impressive Roman temple of Jupiter, as well as the Temple of Bacchus, the god of wine.

After a morning learning about the site's history, continue your journey onto Aanjar, a quiet town and the only Omayyad-era ruins in the country. Along the way, stop at Chateau Ksara in the Bekaa Valley. Once acquired by the Jesuit Fathers in 1857, this chateau produced the first dry red wine in the country. This valley is perfect for wine production, producing grapes with a high sugar content from the rich soil and plenty of sunshine. While here, visit the cave cellars and taste the wines, enjoying a delicious lunch.

After lunch, it's a one-and-a-half-hour drive west to your hotel. You'll have the evening to relax, explore the village of Deir El Qamar and enjoy dinner with a view of the rolling countryside that surround you.

Day 5: Ancient Architecture at Deir El Qamar & Beit ed-Dine Then on to the Coast

Today is the last full day of your highlights of Lebanon holiday, which starts with the short drive to Beid ed-Dine, where you'll see the impressive 19th century Beiteddine palace. You'll be able to explore on foot and enjoy the scenery around you, before hopping back in the car to make the hour-long journey to the port city of Sidon.

Sitting south of Beirut on the Lebanese Coast, Sidon is a city that encapsulates Lebanese history, hosting conquerors from the Phoenicians, Assyrians and Babylonians to Egyptians, Persians, Greeks, and finally Romans. During the Phoenician era, glass and purple dye used to be produced here and there is a fantastic little soap museum in the old souqs that is well worth a visit. Visit the sea castle and Khan el Franj and enjoy the lively buzz of this town with its authentic artisanal workshops and good cafes and restaurants.

After a full afternoon of enjoying Sidon, it's time to make the drive back to Beirut, where you started your adventure. The 45-minute drive along the coast will see you arrive back in the city in time for dinner, and you'll have the rest of the evening to enjoy at your leisure, guided by the recommendations of our clued-up local Concierge.

The final morning on your highlights of Lebanon holiday sees you transferred back to the airport for your return flight back to London, which takes five-and-a-quarter-hours, arriving at around lunchtime. 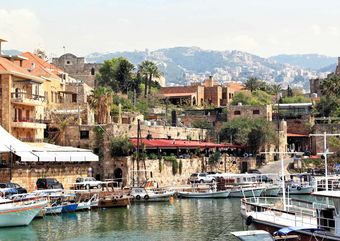 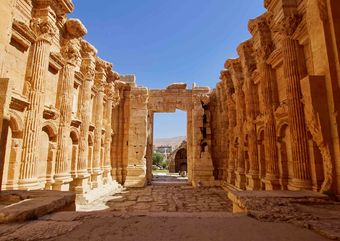 Lucy is our expert for this itinerary and, as a seasoned traveller, has the inside track on the most memorable adventures.