Tell an old Africa hand you are going to "Liuwa Plain" - and you'll grab their attention. Many seasoned Africa travellers have heard of these vast open grasslands in the far west of Zambia but few, very very few, have been there. This vast open plain lies west of the Zambezi River, on the Angolan Border. It is extremely hard to get to, being cut off other than by boat for 4 months of the year (Jan - April), and even when you can drive there it is an expedition to do so - with miles and miles of rutted sand roads and no road signs!

The Liuwa Plain is an immense wilderness area, brimming with birds and home to huge numbers of animals. The landscape is completely flat and the skies vast, it's in the middle of wild, remote and isolated lands. The area is renowned for its huge wildebeest population - some 35,000 blue wildebeest move between the western boundary and the centre of the plains. Many say this is the third largest migration in Africa. However the movement is not en masse, large herds of up to a 1000 wildebeest, with zebra and sometimes tsessebe amongst them. Other than wildebeest, there are zebra, tsessebe, red lechwe, oribi and steinbuck with (the less common) roan, eland and buffalo. The predators include curious hyena, large packs of wild dog, cheetah and a few lions. Sightings of side striped jackal, porcupine, a huge python and other specials always enhance the day.

The bird life throughout the year is spectacular. The Liuwa Plain is home to large groups of crowned crane, sometimes numbering several hundred and often mingling with the many wattled cranes that are never far from view. Bustards, both Denham and white-bellied, are common and secretary birds stalk the plains. The water birds are diverse in species and the sheer numbers are staggering. Flocks containing hundreds of pelicans, egrets, spoonbills, yellow and open billed storks gather at the pans, which are often a white carpet of water lilies. The waders run around the shores of these pans keeping any birder occupied for hours. In December the resident birds are joined by many thousands of migrants passing through.

There are essentially two periods to do safari holidays to this part of Zambia. November and December are the start of the rains with big storms passing through and when the wildebeest drop their young, the migrant birds arrive and flowers bloom everywhere. But by mid December it is inaccessible and the floods move in. The earliest you can drive back in is early May when the pans are full, the birds are everywhere and the game is looking sleek, fat and happy. This is a wonderful time to visit with clear blue skies - you feel you can run forever across the plain.

The only way to access this isolated and rarely visited national park is to join a set departure safari that is led by an experienced guide and team of staff. These 4 or 5 night safaris operate during the months of May and June, and then again in November and December.

As Liuwa Plain is so remote and difficult to get to, one of the best ways to access this National Park is by travelling with an experienced safari...
Find out more Add to Ideas+

Showing 1 - 1 of 1 activities in Liuwa Plain 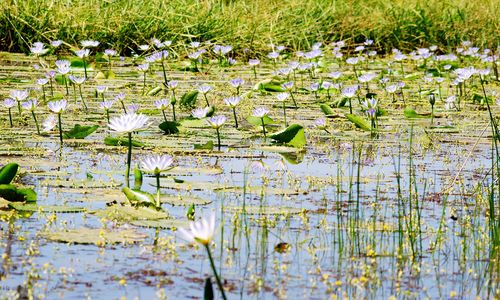 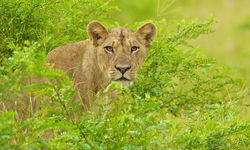 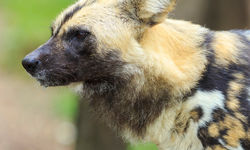 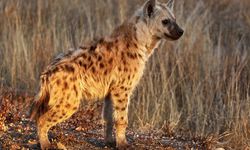 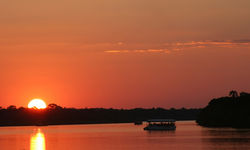 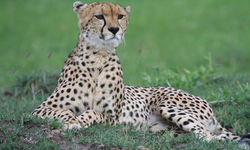 A ten day or two week trip to Zambia could start from £4,500 per person including flights, but can reach up to £9,000 per person depending on accommodation choices.

Original Travel Expert: Charlotte Cox
My highlight: With just 400 visitors in a year, the Liuwa Plain in Zambia is one of Africa’s most unique safari destinations
Enquire now
Call us on: +44 (0) 20 7978 7333