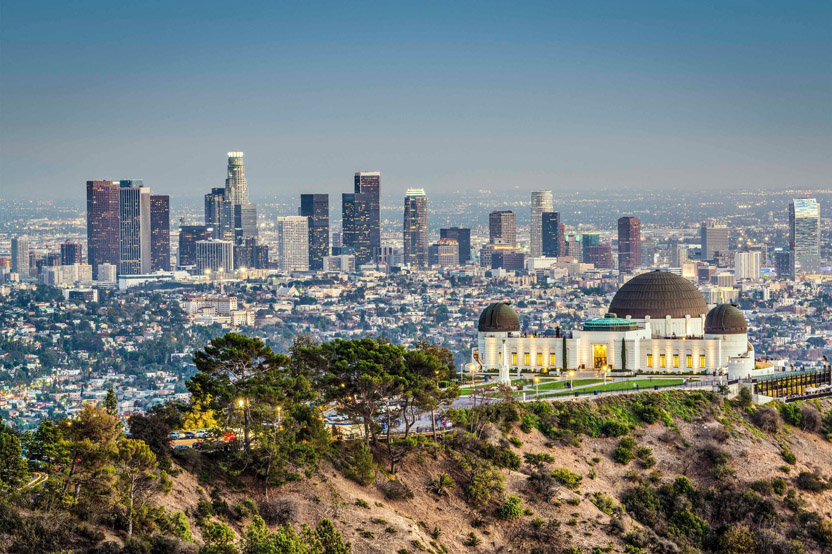 Quite literally picture perfect, the settings of our favourite Hollywood blockbusters might often seem too beautiful to be true. But rest assured, in a world of CGI and Photoshop, there are still some locations that are film-worthy all on their own. To celebrate this week's Oscar week in Los Angeles, we've curated a list of our favourite Hollywood film-set destinations to visit on an Original Travel trip, along with our must see and do experiences in each.

It might not be the most highbrow of Hollywood blockbusters, but it does star Angelina Jolie, (and is soon to be helmed by Alicia Vikander in the reboot), and it is set in one of our all-time favourite locations, so we're sold. Maybe leave the thigh-strapped guns at home though?

There aren't many who could fail to be impressed by Siem Reap's ancient Angkor complex, from the lotus bud towers of Angkor Wat to the stone carved faces of the Bayon it's both an impressive architectural feat and a completely enchanting site. Plus, with our guides to find the best sunrise spot and lead you away from the crowds, you'll see the temples at their very best.

Jordan, a.k.a. 'the gateway to the Middle East', is ripe for adventurous exploring, so who better to pave the way than Indiana Jones himself? The Last Crusade - the third of these classic films - sees Indiana searching for the Holy Grail, which is found in real life among the rock-carved city of Petra.

Let your imagination run wild as you pose outside of the instantly recognisable Al Khazneh treasury building. Then, travel south to the Wadi Rum desert and let us organise a luxury camping experience in the heart of the red sandy expanse - who said adventure had to mean roughing it?!

The cosmopolitan town of Taormina has come a long way since the seventies saw Marlon Brando and Al Pacino ruling its streets as The Godfather's Don Vito and Michael Corleone. Now a popular holiday destination full of romantic restaurants and striking sea views, it's hard to imagine the dark side of Sicily's Mafia past here.

But, with an expert guide to lead you along the old streets of nearby Savoca, the film will all start coming back to you. Plus, it's a great excuse to see what life outside of the city looks like, and you'll finish with a load of real life Mafia knowledge too - to be discussed over a delicious Sicilian dinner, of course.

Okay granted, this is CGI at its best, but blue aliens aside, from dense jungle and tropical wildlife to the brilliant, bubbling volcanic activity, the landscapes of Hawaii are as beautiful in real life as they appear in the film.

Take a morning helicopter ride over the so called 'Ring of Fire' to get up close and personal with the molten lava hitting the Pacific Ocean on Big Island, then retreat to safety to enjoy a guided rainforest walk come afternoon. And that's just day one...

Though it might not be the idyllic unexplored spot Leonardo DiCaprio found in The Beach, real life Maya Bay is still a beautiful sandy cove, framed by jagged limestone karsts and warm turquoise waters.

It's still also only accessible by boat, and we can arrange a private luxury island hopping excursion from Phuket to take you around the Phi Phi Islands, stopping to visit the famous Maya Bay but also snorkelling, swimming and sunning on the decks of your speedboat.

Quite possibly the biggest film of 2017 - although awkwardly not according to the Oscar's judges - La La Land shows off some of Los Angeles most stunning locations. Visit for yourself and see why this truly is the 'city of stars'.

With a private guide to show you the Hollywood sights, we can tailor your tour to take in all the iconic filming locations. Enjoy the panoramic views from the Griffith Observatory and Griffith Park, explore the weird and wonderful film sets on a Warner Bros Studio tour, and even visit The Lighthouse Cafe down in Hermosa Beach, the bar where Ryan Gosling convinces Emma Stone to fall in love with jazz (and him).

Lord of the Rings Trilogy

In order to find the perfect location to film the Lord of the Rings Shire, Director Peter Jackson scoured the Kiwi countryside from overhead, until he finally came across a farm which had a perfectly placed lake. After interrupting the farmer's rugby match and being promptly sent packing, he later returned and managed to persuade him to let them film, and, as they say, the rest is history.

We can arrange for you to be taken to the now popular 'Hobbiton' where you'll take a tour of the adorable and incredibly realistic Shire with an expert guide, before sipping on a pint of mead in the Green Dragon. And that's just the start of the stunning fit-for-film landscapes that New Zealand has on offer.