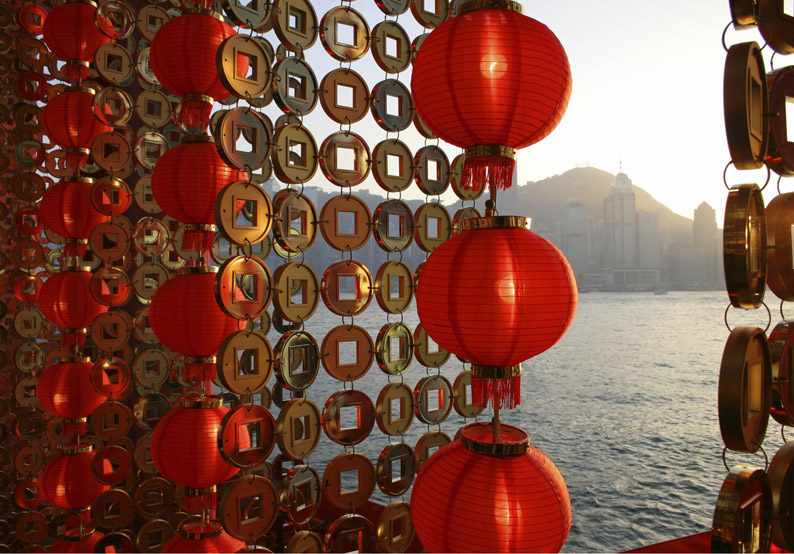 No, the 31st of January signals the start of Chinese New Year. Coincidentally, 2014 is the first year Original Travel will have seen all twelve animals of the Chinese Zodiac come around since our founding in January 2003.

So in honour of this momentous occasion, we reveal where in the world you can spot the dozen zoological phenomena...

2014 is the Year of the Horse. Those born under this zodiac sign are reputedly able, intelligent and energetic. Our recommendation? Channel that physical energy and mental agility into an equine-related activity.

Riding safaris are the alternative way of wildlife spotting across Africa. Botswana is the birthplace of the riding safari, and it's here you'll come up close with huge herds of game - but South Africa is a great option for families.

South America, the true home of the humble cowboy (take that, John Wayne!), is the other obvious place to head. The estancias of Argentina offer opportunities to roam the rolling land on horseback or play polo, whilst in Brazil, you and your accompanying stallion can wade your way through wetlands of the wildlife-rich Pantanal.

So what of Asia? Considering that India created polo and lent the name of one of their cities to a riding trouser, it only seems appropriate that Rajasthan would be a go-to destination for the avid equestrian.

Original Travel's 10th year was that of a slithery, malevolent creature credited with corrupting mankind. Never mind all that symbolism, though. Our 10th birthday was a cause for serious celebration, and what's more, Gandhi was born in the Year of the Snake. So it can't be all bad.

Where to go? We recommend opting for a location where you can keep the primordeal parsel-tongued creatures at a sensible distance, preferably bargepole length - perhaps under the watchful eye of a Moroccan snake charmer?

The Year of the Dragon holds a high reputation in Chinese culture, because of affiliated qualities like honour, dignity, luck and success. Dragon spotters should flock to Indonesia, home to the much-feared Komodo Dragon (which - fun fact - were only actually discovered by humans 100 years ago!).

The dominant predators on the islands they inhabit (principally Komodo and Flores), they are the main draw for visitors.

The fluffy bunny is now a creature mostly resigned to the annals of childhood petdom. But the flossy rabbit who, in the Chinese Zodiac is associated with those who are modest and merciful, good-humoured and amiable, is said to have originated in Spain, and was first noted over 1,000 years ago by the Phoenicians.

Escape España's inevitable tourist traps and opt for somewhere a little more au naturel, like private country house Hacienda San Rafael, or the beautiful Casa La Siesta, both in Andalucia. You'll be at one with the nature (from a comfortable, luxurious distance), as the rabbit presumably once was.

The Year of the Tiger belongs, inevitably, to India. A bucket list trip for many, tiger spotting can be a little risky - sightings aren't guaranteed. But as resident India expert Miranda admitted, spotting one of these creatures, associated with respect and valiance, is worth the wait: 'Seeing a tiger in the wild for the first time made the hair on the back of my neck stand up and sent shivers down my spine.'

Unlike the tiger, the Ox isn't perhaps a creature you'd travel somewhere solely in the hope of sighting - but if, like us, you think these steadfast, strong willed creatures are grossly underrated, target the Musk Ox, best sighted in chilly Alaska or Canada. There, you'll find a wealth of wildlife tracking opportunities, including polar bears. Cool. (See what we did there?)

Those born under this zodiac sign are often clean, tidy and adaptable. But despite these admirable qualities, rats have a reasonably bad rep: they originated in tropical Asia and then spread through the Near East and Europe, where they were held responsible for spreading the bubonic plague. Now, rats are eaten in the Far East. Go figure.

Other than the UK, where most family-friendly farmyards will house a small population of porcine beasts (which, in Chinese Zodiac terms, are associated with honesty and generosity), the more glamorous option would be to make for the Caribbean.

Big Major Cay in the Bahamas has garnered something of a reputation for its fleet of swimming pigs, who take to water when a yacht approaches in the hope of being fed. Porkers.

Faithful, courageous and smart, it's no surprise that the dog symbolises man's best friend in Chinese culture as well as our own.

One of our favourite and original Big Short Break trips, dog sledding in either Swedish Lapland or Norway is a big thrill - huskies were born to run, so the dogs get just as overexcited as the guests (and that's saying something).

Things we associate with roosters: farmyards, a distastefully named peri peri establishment in London, the qualities of fidelity and punctuality (or so says the Chinese Zodiac), and Portugal.

The Rooster of Barcelos is a common emblem of Portugal borne from a story about a rooster that crows to prove a man's innocence. You'll see the rooster icon all over the country, but we recommend making for the Alentejo, an undiscovered rural region with a handful of stylish boutique hotels.

Clever, lively and flexible are three central traits attributed to those born in the Year of the Monkey. Ironic, considering the cerebral association, that there's so much confusion over the various suborders of primates (apes, monkeys and prosimians, or so Wikipedia tells us).

Luckily, in Borneo, you can check two of three off the list in one jungle trek - it being home to the proboscis monkey and the iconic Orang-utan.

Tenderness, kind-heartedness and calming qualities are all associated with those born in the Year of the Sheep, which makes sense. Sheep are, after all, an intrinsic part of the whole 'green and pleasant land' picture of pastoral England - but other countries do the sheep-herding thing just as well (if not better) than bucolic old Blighty.

In fact, turn the world upside down and you'll encounter some sheep in pretty epic situ. Arkaba Station in Australia is hidden away amongst 60,000 acres of sheep station, whilst New Zealand's Wharekauhau Lodge offers similar sheep-shearing/sheep dog action.

To read more about bespoke holidays to China, read our expert Rachel's account of her unique trip to the country here.

For more information on tailor made trips, contact Original Travel.