Luxury Holidays in Seattle: An Overview

Washington State's fast-growing capital city, Seattle, might have registered on our collective radars because of tech giants Amazon and Microsoft, but there's much more to this Pacific Northwestern city than business. With numerous neighbourhoods offering an eclectic mix of cultures, colours and cuisine, soulful Seattle isn't just rapidly growing in population, but also in popularity.

Any stay in the city should start with a visit to the institution that is Pike Place Market, where visitors can get a flavour (quite literally) of what makes the city tick. Founded in 1907 to offer fresh local produce to the masses, the market has held true to its roots and is still a hub for fresh artisanal produce and grassroots businesses. Sample some of the experimental farm-to-fork-fodder as well as old classics like fried chicken, before sipping a cup of freshly brewed coffee from the only city that can call Starbucks a local business.

A visit to quirky Capitol Hill is a must. The city's bohemian neighbourhood, Capitol Hill houses two fantastic art museums and even a statue of Seattle-born Jimi Hendrix. Back in the centre and Queen Anne neighbourhood, the iconic Space Needle towers over the city and offers visitors the best views in town from it's 520 ft observation deck. Within a stone's throw of the base, another of the city's highlights can be found - this time the architecturally stunning avant-garde Museum of Pop Culture which is as engrossing inside as it is out.

If the buzz of city life is getting too much, Seattle also has escapism sorted. Nicknamed the 'Emerald City' due to it's numerous (nearly 500) parks and green spaces, there's no shortage of places to kick back with a picnic and a local craft beer. Alternatively, take a ferry, boat or kayak out onto Lake Washington or Puget Sound and experience the tranquillity of life on Seattle's surrounding waterways. Since Puget Sound is also one of the best places in the state to spot orcas (otherwise known as killer whales) we can recommend various trips which depart from in or just outside the city centre. 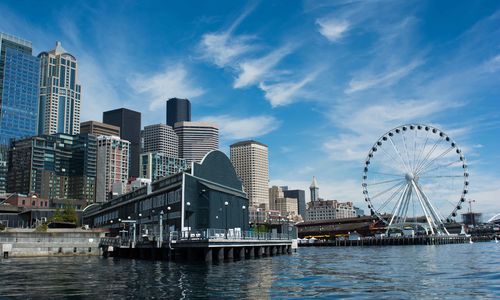 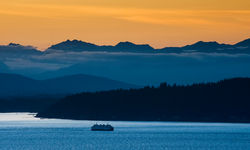 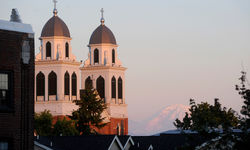 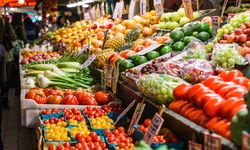 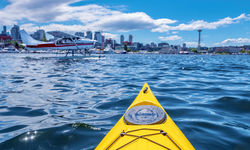 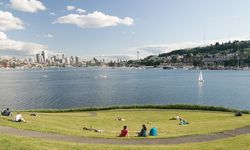 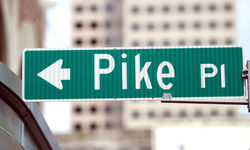 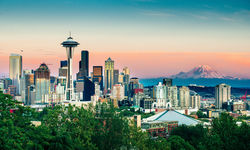 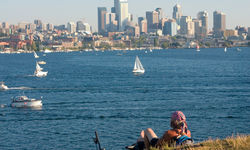