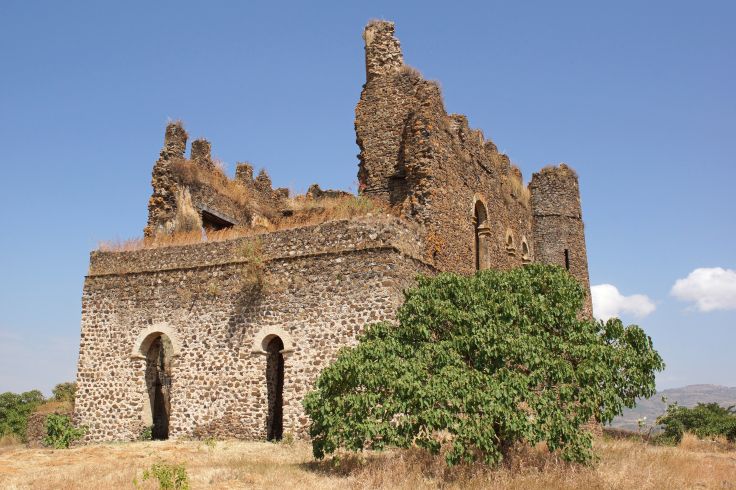 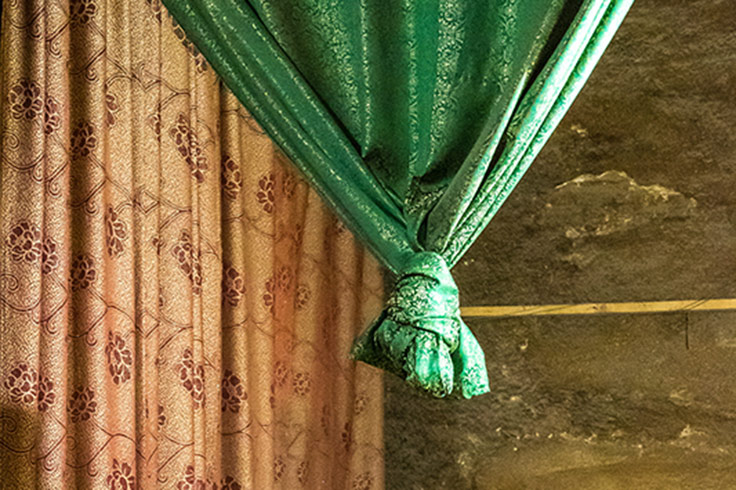 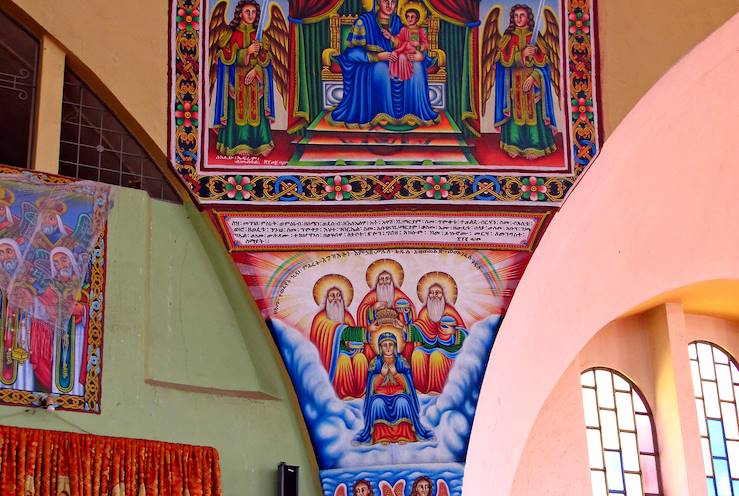 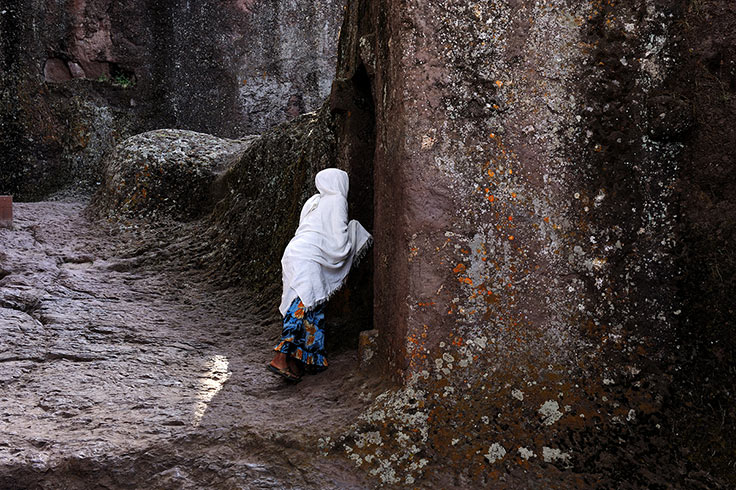 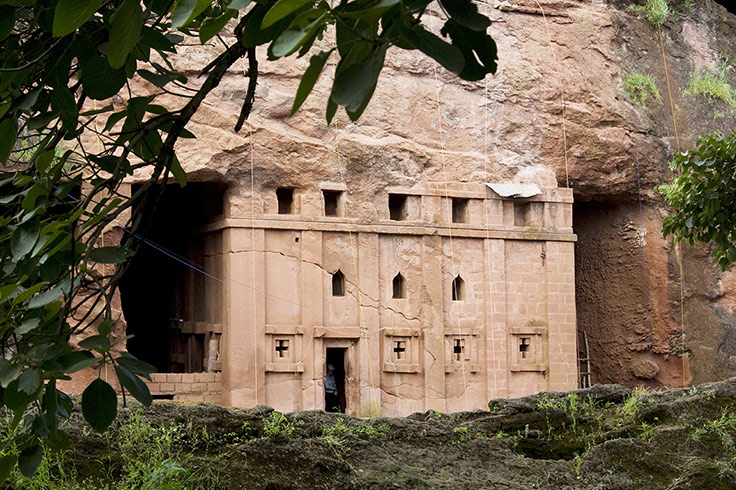 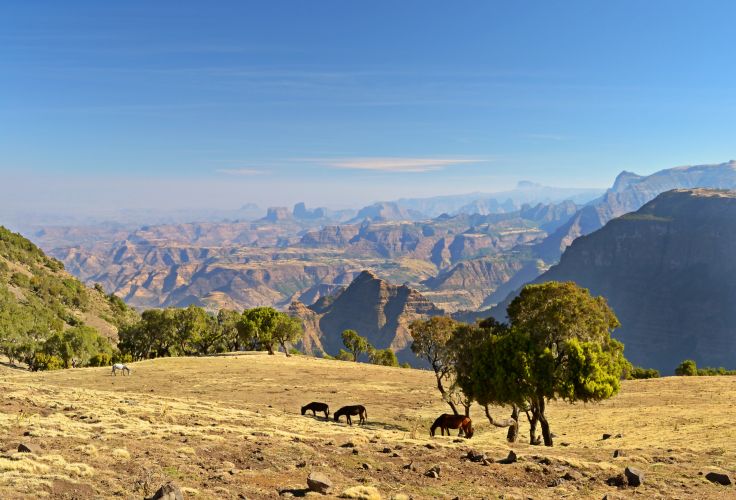 Ethiopia, a journey to the essence

The 'Ethiopian Jerusalem', the mountain monasteries of Tigray, a cruise on Lake Tana and its mythical Blue Nile Falls: all sights to discover during this fabulous journey to Ethiopia. A journey to the origins of man, in the heart of the world, in a country that retains thousand year-old traditions and where the Blue Nile grows strong, in a region of the world that saw the birth of the first men... Discover Ethiopia's tallest mountain, Ras Dashen, which is the seventh-highest mountain in Africa at 14,913ft. The mission of the UNESCO world heritage site Simien Park is to protect various endangered species, such as the walia ibex, the Ethiopian wolf, and the famous gelada monkeys.

Meet and greet at Bole airport and check in at the hotel. In the afternoon, discover the capital. Visit to the Holy Trinity Cathedral, where Haile Selassie, the 'King of Kings' was buried. Then, visit the National Museum, which houses the remains of Lucy, a 3.2 million years old hominid. Stroll through Mercato, Africa's largest open-air market. Finally, take a stroll on Mount Entoto, from which you have a beautiful view of the city below, and visit the curious church of Kiddus Raguel.

Transfer to Addis Ababa Airport and flight to Bahir Dar. Settling in at the hotel, then departure for Blue Nile Falls, located in a picturesque landscape in the foothills. The waterfall is 147ft high and 1,312ft wide; the volume of water led the inhabitants to call these falls 'Tiss Issat', the steaming waters. Di

From Lake Tana to Gondar

Departure from Bahir Dar quay for a trip on Lake Tana, the largest lake in Ethiopia, during which you can visit some of the 30 islands that are home to ancient monasteries. Along the way, there are many 'tankwas', the papyrus boats that islanders use to travel from one island to another. Visit the monastery of Ura Kidane Mehret, one of the prettiest on Lake Tana. Then discover the monastery of Narga Selassie with its magical wall paintings. Finally, visit to the monastery of Intons Yesus.

A day trip to discover the sites of the medieval town of Gondar. Explore the Fasilides Palace Complex, the Iyasu I Palace Complex and the Fasilides Bath, originally built for royal romps but now used for religious ceremonies. A glance at the Kuskuam Complex, built by Empress Mentewab, one of the most influential women of the Gondarian Renaissance. Finally, admire the beautiful murals of Debre Berhan Selassie church, the most famous church in Ethiopia, with its cherub-covered ceiling.

Early morning departure for Simien Park and half a day hiking in breathtaking scenery, in search of gelada baboon which is endemic to Ethiopia.

Crossing the Simian Mountain Range on one of the country's most impressive roads to Axum, the holy city of Ethiopian Orthodoxy.

The obelisks of Axum

Discovering of the main sites of Axum, the last of the great ancient civilisations to have been discovered and which oral tradition attributes to the Queen of Sheba. Discover the Stelae Park, full of true architectural wonders - giant stelae (stone obelisks) built during the 3rd and 4th century AD. Then visit the Church of Saint Mary of Zion. A small nearby chapel is said to house the Ark of the Covenant, stolen from Solomon's Temple by Emperor Menelik I. The archaeological museum features ancient stone panels engraved in Greek, Gu?ez and Sabian. Visit to the Palace of the Queen of Sheba which is considered to be the most important architectural remnant of the Kingdom of Axum.

Eastern Tigray: from Axum to Adigrat

Beautiful route to eastern Tigray. The first stop in Yeha is the oldest building discovered to date in Ethiopia, likely 25 centuries old, originally created to worship a pagan deity, then transformed into a monastery in the 6th century AD. In Adigrat, you'll visit the little-known church of Arbatu Ensessa, built into the rocks. Din

Leaving for Mekele, the regional capital of Tigray. The first stop is a hike at Maryam Korkor Church, located on a flat-topped peak. The steep climb is at least as beautiful as the church itself, which probably dates from the 13th century. After the hike, a coffee break with a Tigray rural local. Then explore Abreha we Atsbeha, one of largest monolithic churches in Tigray, with decorative motifs inspired by Egyptian and Syrian arts from the 10th to the 12th century. Finally, a visit to the small Palace of Yohannis IV, a Tigrayan Emperor.

A long journey through the mountains to reach Lalibela. You'll enter the land of the Agaw, which is thought to be the political centre of Abyssinia during the period after the fall of Axum and before the advent of the Zagwe dynasty, about which little is known. Stop to visit the magnificent Yemrehana Krestos Chuch, built into a cave.

At an altitude of 8,530ft, discover the medieval village of Lalibela, which is undoubtedly the most impressive of the nine Ethiopian UNESCO World Heritage sites. The 11 churches in Lalibela have only been known to the outside world since the 1960s. They are living places of worship and each one has a different style. Many of these churches have been hewn out of the rock and are connected by a mysterious network of trenches and tunnels. Finally, the climax of the trip: Bete Giyorgis, the most majestic of the site's churches; 49ft high and carved in the shape of a Greek cross.

Dependent on season, accommodation and activities
The estimated cost for this trip is £6,500 to £7,700 per person. This trip is tailor-made to your exact specifications so prices will fluctuate. The cost varies according to several factors, including level of service, duration of the trip and how far in advance you book. The final cost will vary according to several factors, including the level of service, length of trip and advance booking time. The exact price will be shown on your personalised quote. The average price for this trip is £6900 per person.
A few of the benefits of travelling with us

Get in touch
Our experts have the inside track on the destinations they sell and will tailor-make a holiday to your unique requirements.
START PLANNING YOUR HOLIDAY
Contact one of our Ethiopia specialists
+ 44 (0) 20 3958 6120 Start Planning Your Holiday