Where to Spot: Tigers

Here at Original Travel HQ we can't quite believe that we've just watched the final episode of Sir David Attenborough's Dynasties, and are all desperate for the Beeb to announce a sequel already. Over the last five weeks we've followed some adorable, intelligent and utterly powerhouse families through their highs and lows. And although there have been some heart-breaking scenes (we're still not over the abandoned baby penguins) it might just have been our favourite Attenborough series yet.

But before we go all weepy eyed, we've got to finish our Dynasties themed blog series with one dedicated to tigers, the focus of last night's show. Despite being somewhat synonymous with India, the Bengal tiger is in fact sadly endangered, with only around 2,500 left in the wild, a fact that makes spotting one all the more awe inspiring. So, get off the temple trail on your Indian holiday and make time to visit the tigers in one of these national parks. 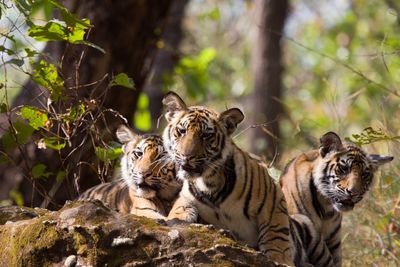 Bandhavgarh was the national park chosen the BBC chose to film in, and there is little wonder since it's relatively small size means it has India's highest concentration of tigers per area - in fact Raj Bhera (who is sadly no longer with us) was just one of 80 tigers living here. The roads and tracks are well managed meaning access is good and sightings can be much clearer. While the BBC crew were filming, our resident India expert Miranda was also on safari, and tells us she sat for several hours clearly watching a family of four cubs playing in the water and climbing (and falling out of) trees while their mother watched on. 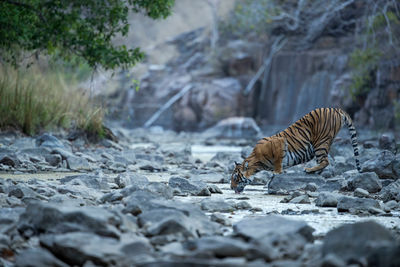 The best-known of India's tiger spotting locations, and the most scenic too, Ranthambore is easily weaved into a Rajasthan itinerary and has provided some of India's best sightings in recent years. Spend time in the park spotting not just tigers but also marsh crocodiles, sloth bears and black bucks. We can even arrange an exclusive full day safari so you're not restricted to one zone and have the park virtually to yourself for a few hours in the middle of the day. 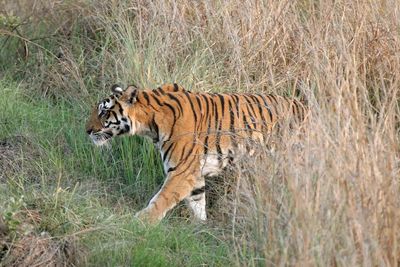 Venture deep into the heart of the majestic forest in Kanha National Park and discover one of the largest and best protected populations of tiger in India. Most of the park is covered by dense foliage and winding tracks so you can really get lost among the diverse habitats and can even explore the periphery on foot. As well as tigers, keep your eyes peeled for sambar deers, gaurs, dholes (wild dogs), leopards and sloth bears hiding among the trees. 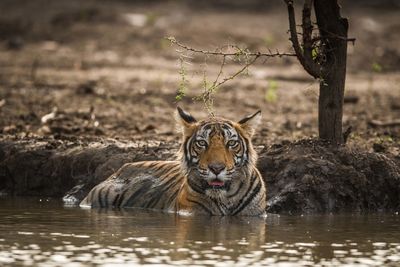 For wildlife lovers who want the all-round animal experience Kaziranga National Park on the banks of the mighty Bhramaputra River is unbeatable. With diverse terrain including swamps, sandy riverine islands and tall elephant grasses it hosts a number of different wildlife including tigers (of course), elephants and the one-horned rhino. Quite different to the rhinos you've seen in Africa these distinctive rhinos are notable for their folds of skin which make them look like they are wearing armour.