These flightless aquatic birds are found almost exclusively in the southern hemisphere, ranging from the tropical Galapagos Islands to the extreme cold of Antarctica. They are highly adapted to life in the water and their wing bones are more like flippers, making them much more suited to swimming than flying. 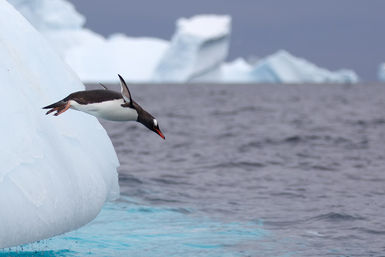 Penguins that live nearer the equator tend to eat more fish, whereas those closer to Antarctica eat more squid and krill. They can spend up to 75% of their lives in the water, which is where they do all their hunting. Their prey can usually be found within 60 feet of the surface, so penguins have no need to venture into deep waters. 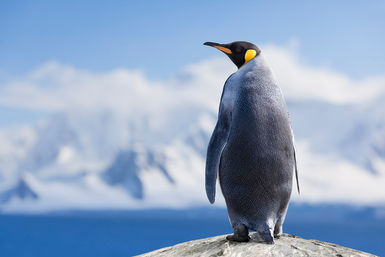 Penguins' main predators are leopard seals, sea lions and orcas. Leopard seals are the biggest threat to Antarctic penguins as they can attack from both in and out of the ocean. In the water they hide under the ice and lie in wait for their prey. On land, penguins' biggest predators are skuas and sheathbills - carnivorous birds that take both eggs and chicks. 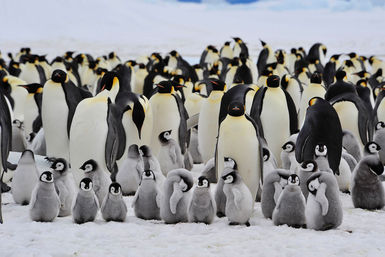 During the breeding season, some species form large groups known as 'rookeries', which can include thousands of birds. Each penguin has a distinct call which helps them find their mate and their chicks. The eggs are incubated by both sexes in all species except the emperor penguin, when it is done exclusively by males. 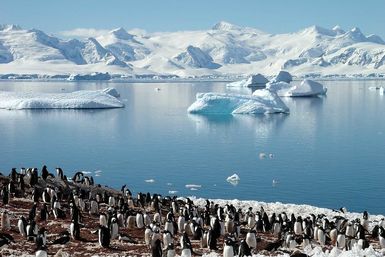 Emperor penguins are perhaps the most well-known species of penguin and are found in Antarctica, mostly around the Weddell Sea on the eastern side of the Antarctic Peninsula. Throughout the Antarctic Peninsula, as well as South Georgia and the Falkland Islands, you can also spot King, Adélie, Chinstrap, Macaroni and Gentoo penguins. The Galapagos penguin is the only species to be found north of the equator, living in a very different climate to that of its distant relatives.

"There is one random colony of King Penguins in Tierra del Fuego in Argentina, in the brilliantly named Useless Bay."
Oliver Rodwell, Antarctica Specialist 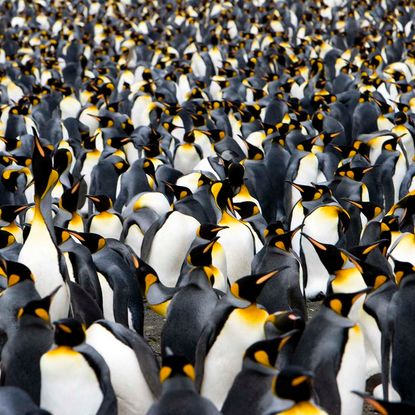 Speed some species can swim at

Emperor penguins can stay underwater for

Ollie is our 'Penguins' expert and as a seasoned traveller has the inside track on the most memorable adventures.