Ethiopia's climate is split between three main seasons : the high season (January to March), with warm, sunny days, the shoulder season (October to December), with pleasant weather for hiking, and the low season (April to September), which is fairly rainy and very hot on the plains. Here's some information to give you a little more insight into the best time to visit Ethiopia.

January is one of the best times to visit Ethiopia as the temperatures are very comfortable and the sun frequently makes an appearance, driving away the rain.

In the centre of the country, in and around the capital, the weather is rather idyllic. Temperatures generally don't exceed 24°C and the minimum temperature is 15°C. Moreover, Addis Ababa enjoys blue skies for eight months of the year and is full of exciting cultural experiences. The National Museum of Ethiopia is a must and the city's numerous art galleries are worth exploring, too. If you visit at this time, you'll also get to experience the annual Timkat Festival, which celebrates the Ethiopian Epiphany. The baptism of Jesus is celebrated over three days of festivities, starting from 19th January, and celebrations are particularly beautiful in the capital .

The north of the country, around Aksum and Lalibela, is a little cooler than the capital because of the high altitudes and high plateaus. However, the region remains pleasant with an average temperature of 19°C.

In the north-west of Ethiopia (around Gondar and Bahir Dar), temperatures are a little hotter, hovering around 25°C during the day, and there's very little rainfall.

The south-west of the country is quite different from the rest of Ethiopia and affected by rainfall throughout the year. In January, rainfall is fairly reasonable with an average of 12 rainy days out of 31.

Desert areas in the south of the country should be avoided throughout the year unless you are well-prepared and well-equipped... the hottest temperatures are between mid-May and November, when the mercury sometimes reaches 50°C!

February also corresponds to a peak in Ethiopia's tourist season. Addis Ababa has the same mild, sunny weather as the north of the country.

Bear in mind that in the north-west of the country, temperatures are rising slightly, sometimes reaching 31°C. During the cooler hours of the day, explore the city of Gondar, discover its legends and marvel at its palaces.

Northern Ethiopia is cooler, with temperatures of about 20°C and there may occasionally be a few light showers. In contrast, there's slightly less rainfall in the south-west but temperatures are getting hotter (30°C during the middle of the day).

There's more and more rainfall and the location depends on how heavy this rain is. In the central region around the capital, there are about ten rainy days, but don't worry, they tend to be passing showers. Plus, the temperature stays the same, making it ideal for your trip.

The  'light rainy season'  begins in the north, around the highlands and in the south-west (Omo Valley) but the spring temperatures are pleasant.

The south-west region is also getting wetter : it rains 17 days out of 30 in the city of Gambela. This rainfall is combined with a hot, humid heat. The north-west of the country remains the same, with little rainfall and similar temperatures.

April : The official start of the rainy season

There's more and more rainfall, starting with the capital and surrounding area in the centre of Ethiopia. However, you'll still be able to go sightseeing during the sunny spells since temperatures remain mild.

The light rainy season continues in the northern region of Ethiopia, with passing showers and cool, comfortable temperatures.

Meanwhile, the high temperatures continue in the north-west of the country in Gondar, with little rainfall. For a refreshing break, head to Lake Tana and its monasteries, a one-and-a-half-hour drive from the city.  The north-west of the country also experiences hot weather, yet with high levels of humidity, and it's best to avoid this region during the low season. The same is true for the south-west region, particularly towards the Omo Valley.

May : Ethiopia is hit by heavy downpours

The rainy season continues to develop and the capital is slightly wetter than in April. The same goes for the northern region. Make the most of a dry day and head to Blue Nile Falls (Tis Abay in Amharic), an impressive waterfall that plunges 138ft into a huge chasm and explodes into a rainbow.

On the other hand, there's more rainfall in the north-west of the country and temperatures are warm, like in April.

June : A month of bad weather

The rainy season begins in the highlands of northern Ethiopia in June and lasts until about October. The capital and surrounding area are also hit by this wet weather and are of little interest during these months.

The north-west, towards Gondar, and the south-west (around Gambela) are among the most affected areas and are best avoided in June. Rainfall can also make access very difficult.

The rainy season mainly affects the north of the country in July. There's really no point in visiting at this time of year because many roads are inaccessible and the rain is relentless.

And even in the southern part, some places should also be avoided, such as the Gambela area, which is also affected by rainfall and hot temperatures. Visit the Omo Valley and especially the lower region, home to a dozen ethnic groups proudly wearing the colours of their tribes.

August : Stay in the south

As the rainy season is still in the north of the country, we advise against high-altitude locations, such as Mekele and Aksum, as they are frequently cloaked in fog. This fog makes roads off the beaten track very dangerous, too. If you still want to go to the north of the country, visit the north-west, for example the Agew Awi area, which is a quiet tourist destination and has many natural attractions such as the Goobil Forest, home to many species of birds.

Again, the south of the country is the best place to visit in August. Visit Tiya, a UNESCO World Heritage Site, famous for its large stone pillars dating back to the 13th century.  The temperatures are pleasant, at around the 18°C mark, and rain is generally not a problem. The south-west, on the other hand, is still quite hot and humid in the Gambela area.

September : The low season is coming to an end

There's less rainfall in September. There's much less rain in the capital than in August, as with the northern region towards Aksum and in the north-west, in Gondar and the surrounding area. However, be aware that roads remain difficult to reach and it's generally overcast, making it difficult to spot wildlife in the highlands.

The weather in the south-west around Gambela remains the same with lots of rainfall. The Omo Valley is better at this time of year.

October : The shoulder season is here

We would say the best time to visit Ethiopia is in October because the weather is getting better and there are fewer tourists than in the height of the tourist season. As a result, it's the perfect time to go hiking and watch wildlife... and the icing on the cake: a stunning carpet of wildflowers springs up during this season.

When planning your trip to northern Ethiopia, don't miss the highlands in October. The scenery is much greener and the sun is usually shining. This also applies to the capital, which is considerably less humid, and to northern cities such as Aksum and Lalibela. The north-west, towards Gondar, is slightly more humid with passing showers. Tip : Remember to pack lots of warm layers in the highlands because the nights can be cold.

The south-west (Gambela area) still experiences hot and humid weather until the end of October. This is also the case for the Omo Valley, which is hit by heavy downpours.

November : Get ready for sunshine

Gambela (south-west) may sometimes experience tropical weather : remember to check weather forecasts before your trip. On the other hand, it's the perfect month to visit the Omo Valley.

The north is also ideal at this time of year, wherever you go, including the highlands, Great Rift Valley and Addis Ababa. In this region, we highly recommend visiting the city of Lalibela to admire its churches entirely carved into the rock, most of which are still extremely well preserved.

December : The last month before the height of the tourist season

December is the best month to visit the Danakil desert because the temperatures are marginally cooler. However, as we mentioned earlier, bear in mind that temperatures will still be unbearably hot. It's worth enduring these extreme temperatures in one of the hottest places on Earth when faced with the spectacular sight of active volcanoes and bubbling lava lakes…

The north is just as good to visit with plenty of sunny weather. It's better to visit in December than in January, because the region is still fairly quiet in terms of tourists and the same goes for the south-west of the country and the Omo Valley.

Rain is slowly replaced by sunshine in Gambela and the surrounding area. 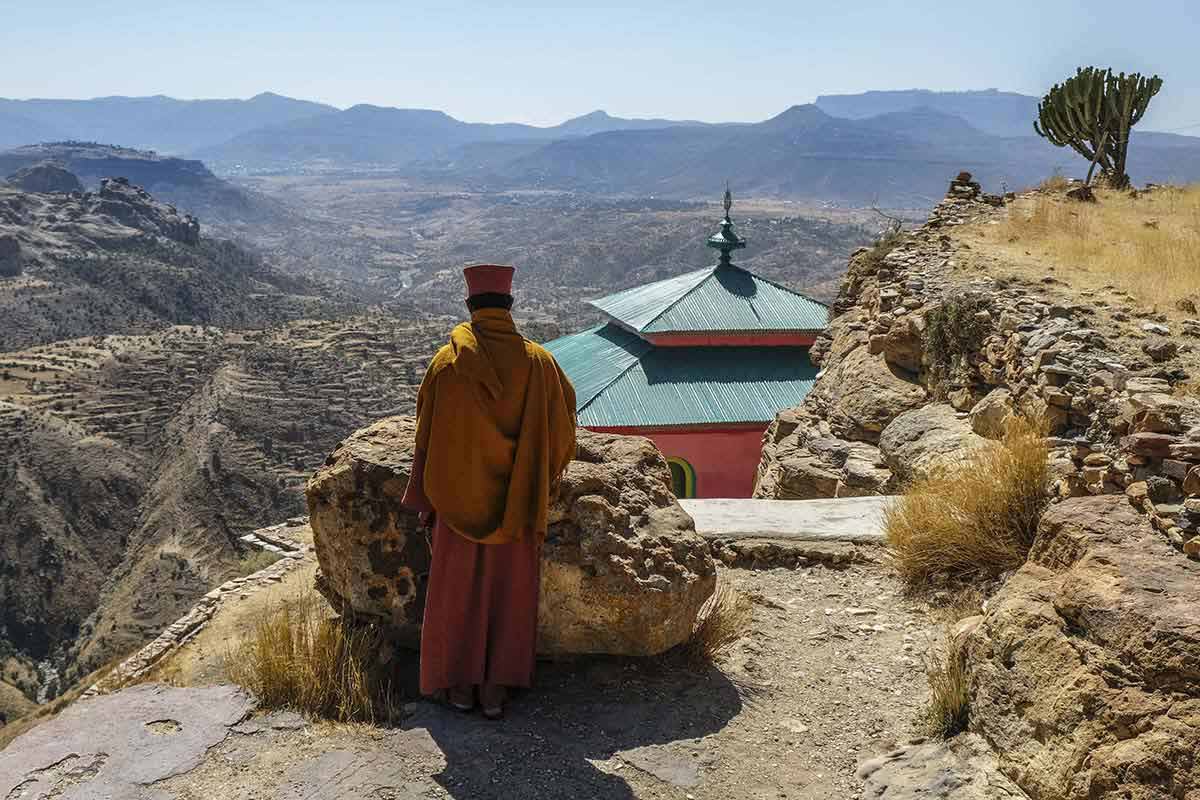 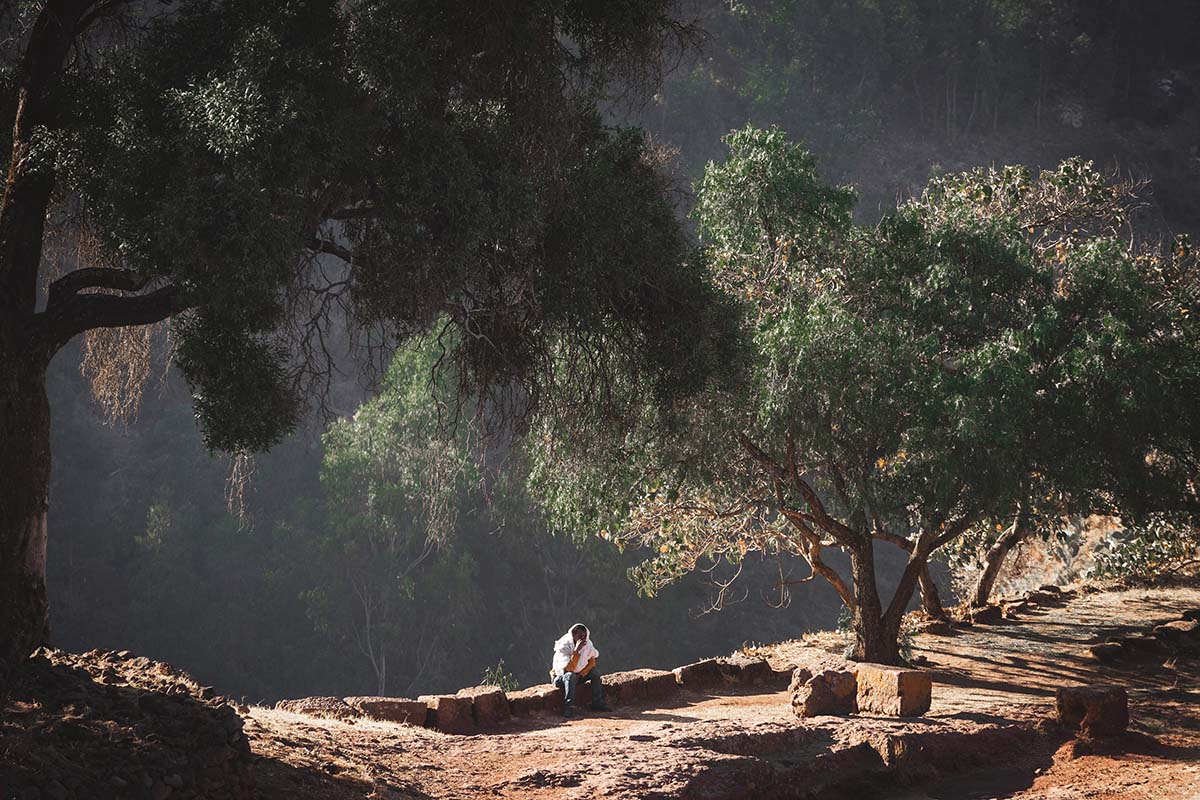 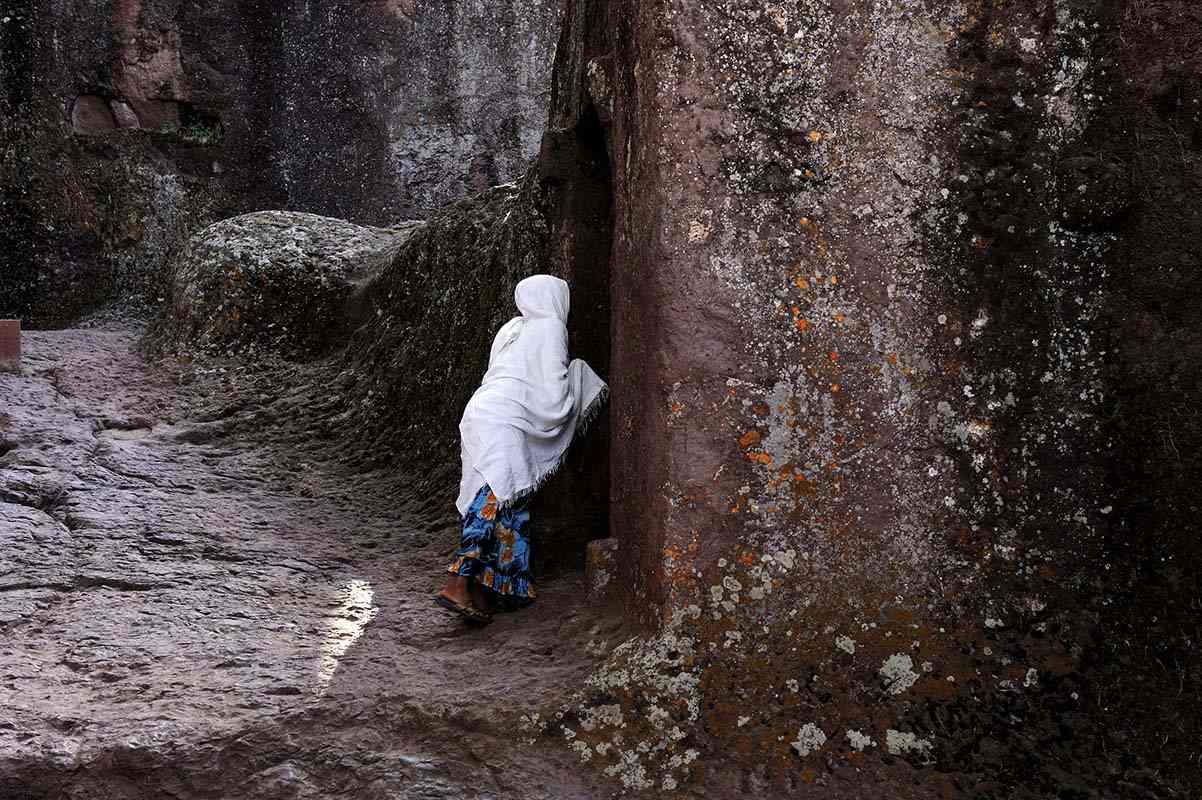 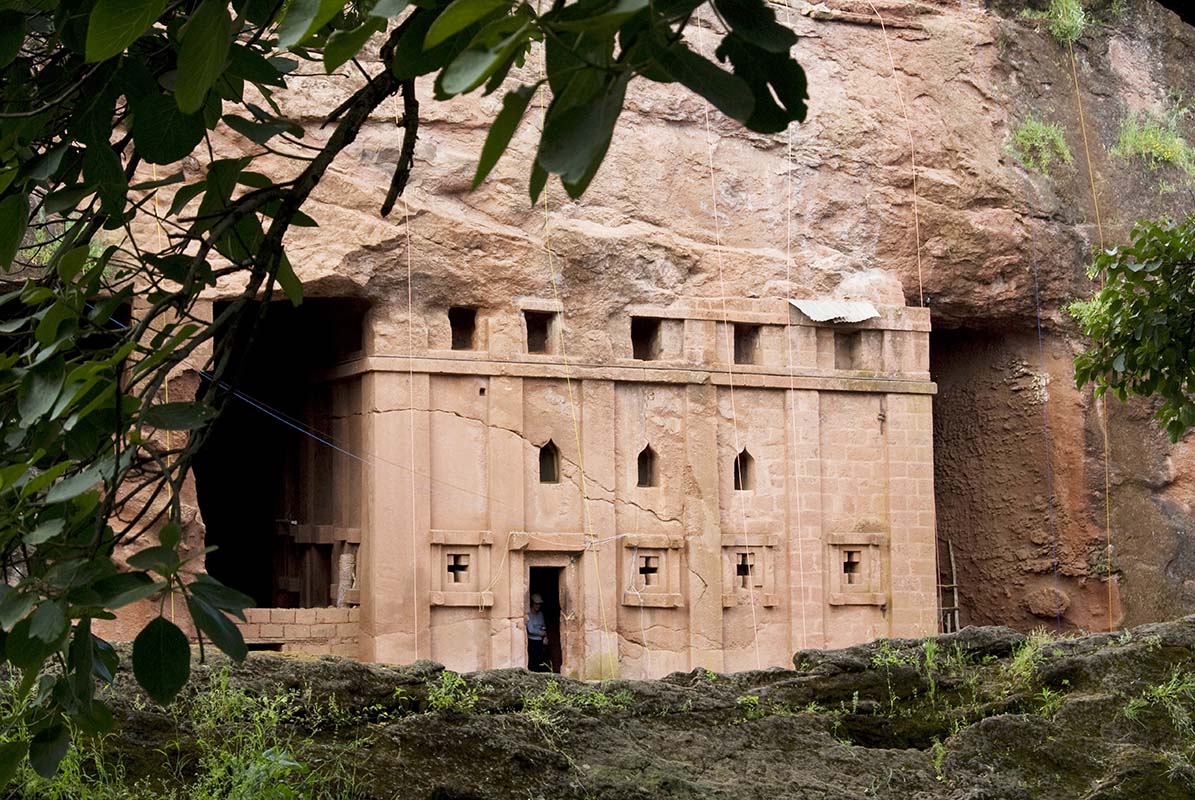 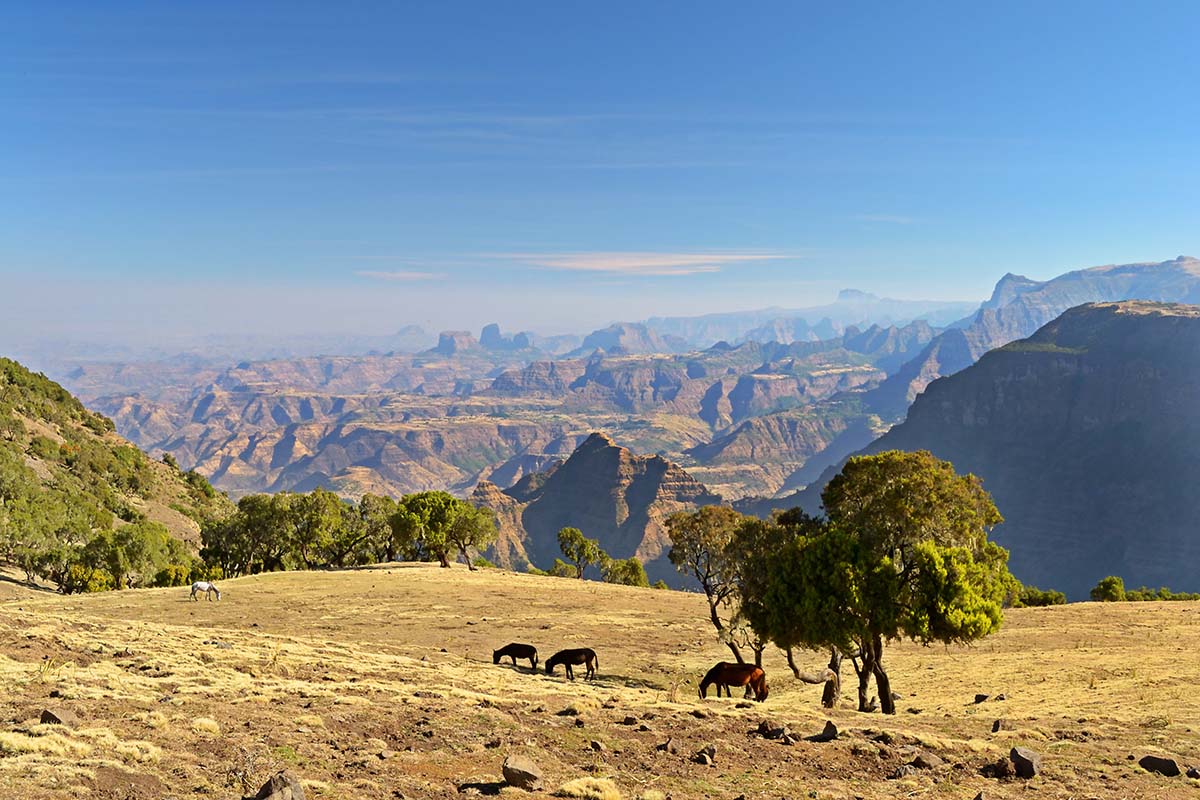 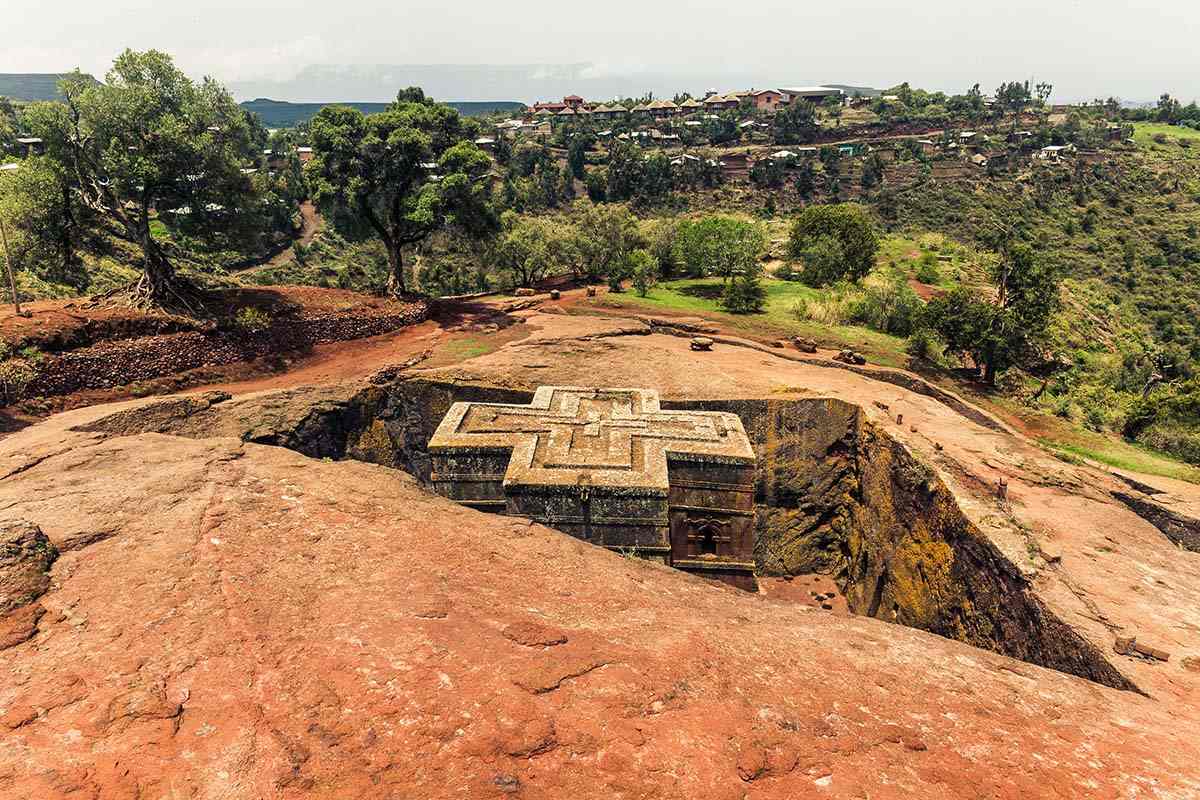 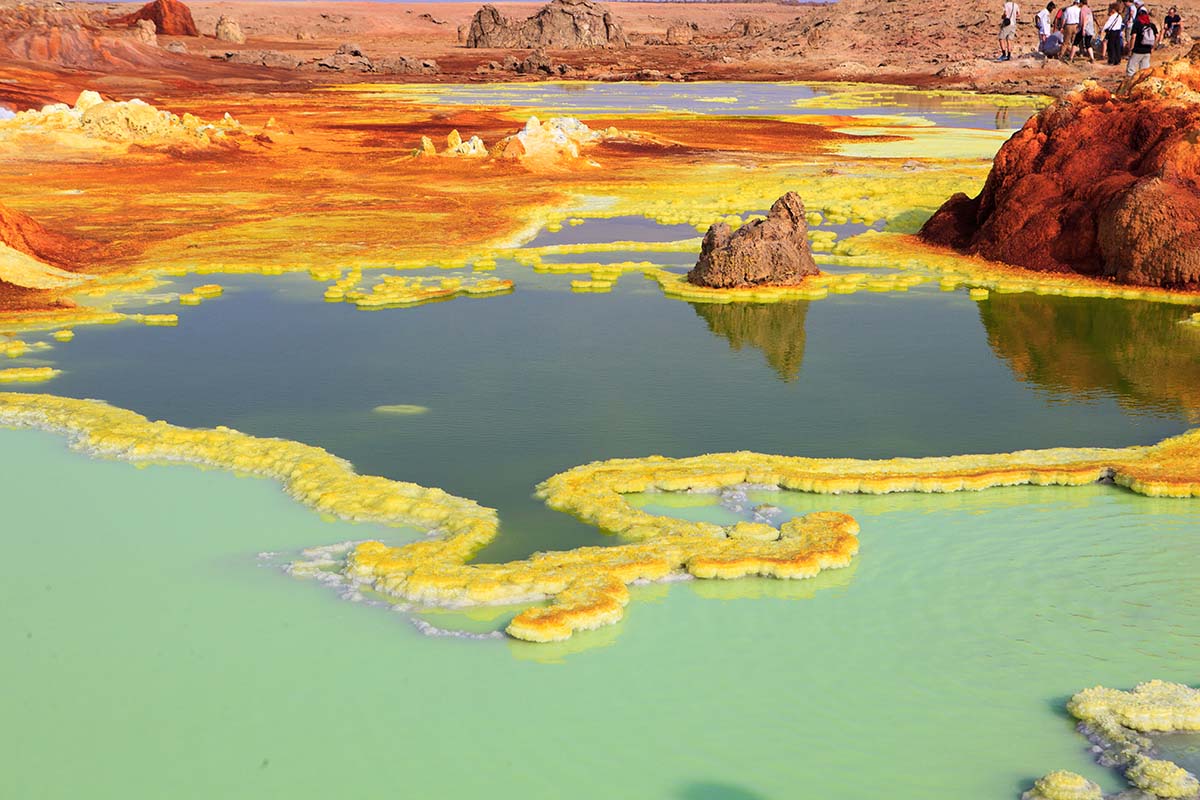 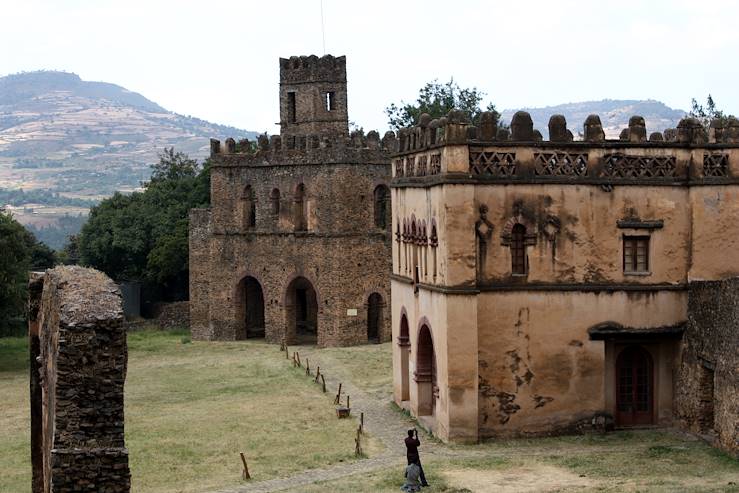 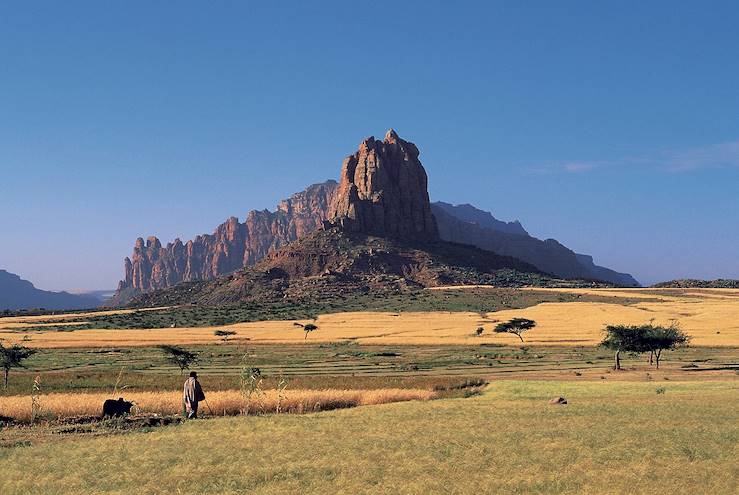 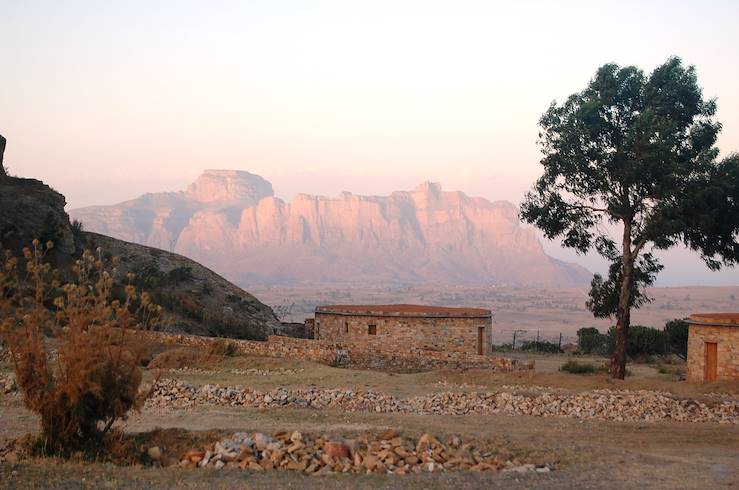