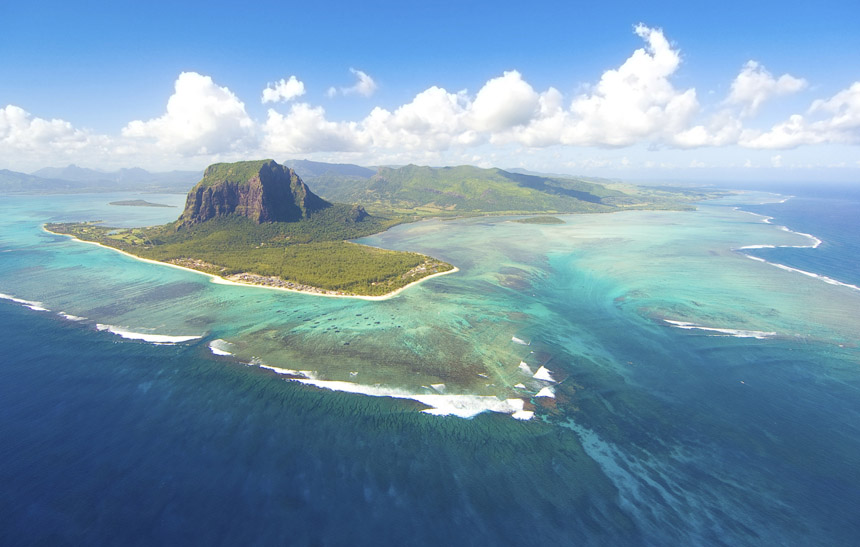 Thoughts of Mauritius conjure up hazy images of palm-fringed horizons, sipping from fresh coconuts on vast expanses of white sand, dips in the warm, crystal-clear sea: every sun-worshipper's dream. This Indian Ocean hideaway, however, has a wealth of possibilities on offer those who risk abandoning their sun-drenched basking spot for an afternoon or two. Guest blogger Saskia Walker, who is half Mauritian, shares her four must-see Mauritius nature spots:

At the south-eastern tip of the island, just a short boat ride offshore, lies the tiny Iles aux Aigrettes. As a child, I can remember gazing out at the little mass protruding from the azure sea, a nature reserve protected by the Mauritian Wildlife Foundation. Good news for today's traveller: the coral islet, named after a colony of egrets living there in the sixteenth century, is now open to visitors. The awestruck sightseer is led on a guided tour, twisting and twirling amidst indigenous tropical trees, remnants of the Ebony-rich forest which once ran much of the length of the Mauritian coast. Gazing up at blooms of rare orchids, spotting iridescent geckos and giant Aldabra tortoises, the wanderer is surprised to come upon a restored cannon, a relic of the British military base here during the Second World War. A chorus of birdsong heralds the Mauritius Kestrel, the diminutive bright-red Fody, and the endemic dusky Pink Pigeon, once near extinction (now the inspiration behind a popular vanilla rum of the same name, from the local Medine Sugar Estate).

Countless diving schools and hotel-organised snorkelling trips offer an unmissable opportunity to sink into the kaleidoscopic world of the reef, alive with shoals of snappers, fusiliers, lion fish, scorpion fish, bigeye emperor and more, darting between multihued corals. Some of the most renown diving spots lie just offshore at Flic-en-Flac. Among the eerie wrecks are Tug II, sunk here in 1982, and Kei Sei 113, both encrusted with corals and transformed into wildlife havens. Equally impressive is La Cathédral, an underwater maze of sharp-edged overhangs and rocky outcrops teeming with life.

The Black River Gorges National Park provides the ideal setting to marvel at spectacular views of craggy ridges, lush mountain tops shrouded in wild tropical vegetation, giving way to rolling fields of sugar cane and the cerulean sea stretching into infinity in the distance below. Ambling along rocky paths, skirting the edge of the river, the intrepid wanderer is treated to the sudden apparition of crashing falls amidst the sea of seemingly endless green forest. Here, too, are myriad indigenous species, including the island's most famous bird-save perhaps for the unfortunate Dodo-the gorgeous paille-en-queue, seen flitting and fluttering against an expanse of blue sky by the fortunate spotter.

For one final, truly local experience, young Mauritians will sagely, in a quiet aside, point you towards Tamarin, supposedly the most romantic spot on the island. Sunset here is beyond compare. As you stand, feet sinking into the sand, pink and orange brushstrokes set the sky alight, reflected in the ebbing tide before you - there can be no more perfect way to end a day in paradise. 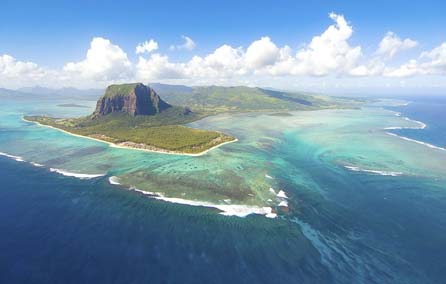 Amazing Things to do in Mauritius

The mere mention of Mauritius conjures up images of beautiful beaches punctuated with[...] 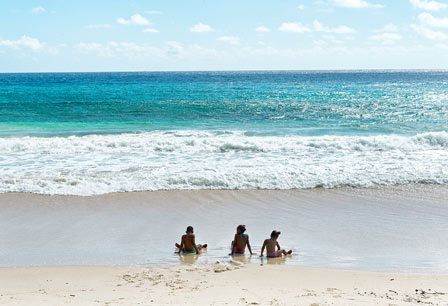 Seychelles or Mauritius? Some ideas to get you started…   1 One's tropical[...]