Small has inherited my inability to sleep on flights.

You may not be able to avoid jet lag altogether, but there are things you can do that definitely help to minimize the effects.

Dehydration is the biggest single contributor to that hideous discombobulated feeling you get after a long flight. Every time you are offered a drink, take two (except alcohol and coffee, which lets face it, never taste too great from a plastic cup anyway. Have some dignity.)

Make sure that kids have had a long, hard play in the great outdoors before a flight, exercise increases circulation. Let them race through the airport rather than using the conveyor belts. Running up and down the aisles (preferably without screaming) is to be encouraged.

Dried cherries, quite a healthy snack so long as you brush teeth afterwards, contain melatonin, the body's sleep-regulator.

As soon as possible get out into the natural light, this will help the body clock adjust. If flying to Northern Norway in December, bad luck.

Parents are generally so frazzled that they could sleep on demand. Kids not so. Set your watch to the destination time as soon as you board the plane, but don't try and force sleep or keep them awake if they are tired.

There's a controversial belief that dosing kids up with an antihistamine knocks them out on a flight. I haven't tried it on Small, but my niece famously responded to a swig of syrupy Piriton by having an extended sugar-high lasting several hours before a spectacular crash. Can I take this opportunity to apologise to Kate and Sam on the BA LHR-ATL night flight. You know who you are. 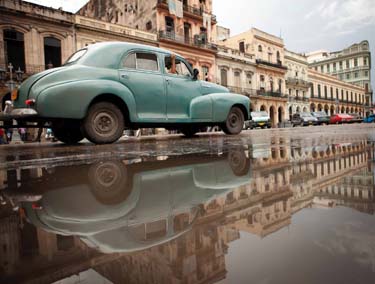