Question: what do you do when you own a soft drink company worth billions? Answer: buy yourself a dream island in the South Pacific.

And that's exactly what Red Bull founder Dietrich Mateschitz did, but he went several stages better, first deciding to turn the island into the ultimate billionaire's playground and then opening the doors to a lucky (and deep pocketed) few.

On the subject of deep pockets, all this certainly doesn't come cheap, but in our humble opinion Laucala Island gives the likes of North Island and Mnemba a run for their money in the 'best private island resort in the world' stakes. Even better, virtually everything is included so you needn't worry about your bill getting much steeper.

Arriving on the island is fun enough, with guests whisked through arrivals at the international airport and straight onto one of the resort's private planes for the one hour flight.

From the air it's possible to see the sheer scale of the island - basically, it's huge and a dead ringer for the one in Jurassic Park. The 25 villas are spread out across the island and guests whizz around on souped-up electric golf buggies or, for the remoter parts of the island, in jet black Bond baddie Land Rovers.

The villas themselves are made up of 1-bedroom, 2-bedroom and 3-bedroom units and are beautifully designed and incredibly tasteful. All have huge bedrooms and living spaces, indoor and outdoor bathrooms, private pools and all manner of facilities such as state of the art sound system, fully stocked fridges (everything is included) and bathroom amenities created on the island.

If the 'normal' villas aren't swish enough, try one of three speciality villas - the Peninsula, an overwater residence and Hilltop, which is the owner's private residence and suitably palatial.

Dining on Laucala Island is taken seriously and there are four main restaurants offering everything from fine dining to bar snacks and everything in between including a teppanyaki grill. Wherever possible the ingredients are local including meat from the island farm with cattle, pigs and even Austrian chickens (which taste better according to the - Austrian - owner).

In terms of what to do while here the list is long. There is a beautiful spa offering a wide range of treatments, a boutique, Fijian cultural village and a library, but this being Red Bull island the emphasis is on activities such as waterskiing, wakeboarding, kayaking, diving, snorkelling, sailing and fishing. Guests can also go mountain biking or horse riding, play tennis or indulge in a spot of golf at the stunning (and very challenging) 18-hole golf course. There are also all manner of boats including sailing boats and even one of the sailing boats that won gold at the Beijing Olympics.

One of the nicest things about all of this is that it is completely on-demand - there is no set schedule for anything and you just call the concierge (from the mobile phone you are given in your room) at any time when you want to do anything.

Other Places to Stay in Fiji 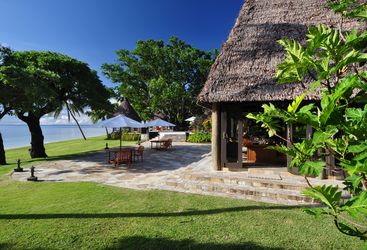 A forty minute turboprop flight from Fiji lies the private island retreat that is the Wakaya Club.
Find out more Add to Ideas+ 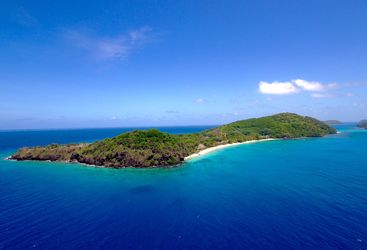 Part of Fiji’s remote Kadavu Island Group, and encircled by a teeming reef, Kokomo Private Island is a real secluded sanctuary. With accommodation...
Find out more Add to Ideas+ 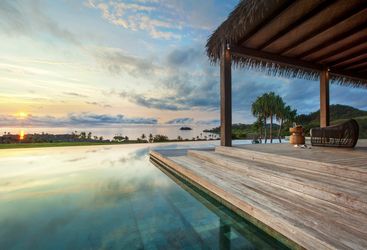 The luxurious Six Senses Fiji is found on Fiji's Malolo Island and boasts white sandy beaches and the crystal clear waters of the Mamanuca Islands...
Find out more Add to Ideas+