Built on top of a small island in 1746, the structure was purposely designed without any land visible beneath or around it, creating a surreal and enchanting atmosphere.

It has since been converted into a luxury hotel, complete with fountains, gardens, and other palatial amenities. The hotel became hugely popular after playing a starring role in the 80s James Bond film Octopussy, and after a loving restoration and a renewed emphasis on quality service thereafter, it was reinstated as the best heritage hotel in Udaipur.

The Palace was originally the summer residence of the Royal Family of Udaipur and is a beautiful combination of white marble and mosaic. The rooms and suites are beautifully appointed, with various dining options and sit out areas.

Arguably the most romantic hotel in India, this gorgeous marble palace appears to hover on the surface of Udaipur's Lake Pichola. 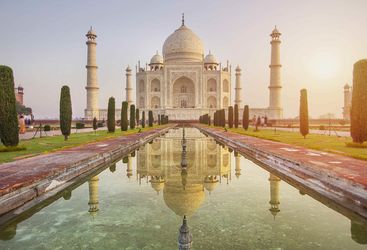 The sights, sounds, smells and sheer vibrancy of Rajasthan will entrance your family as you will explore the beautiful cities and villages of...
12 Days
From £2,755pp 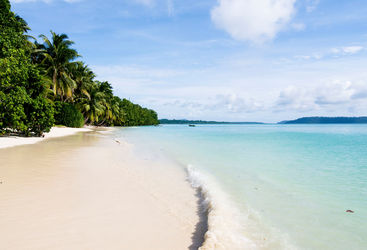 On an action packed two week trip to India experience the very best of the beautiful architecture - yes that does mean the Taj Mahal - the fantastic...
15 Days
From £3,330pp 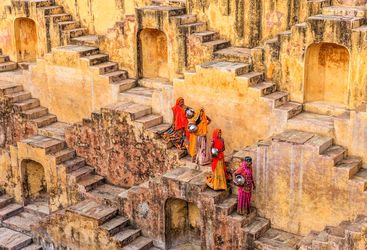 This sixteen day itinerary combines the vibrant cities of Rajasthan such as Jodhpur, Jaipur and Udaipur with the state's beautiful rural regions...
16 Days
From £3,595pp 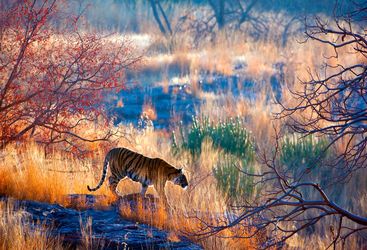 Combine rich culture and fascinating sightseeing with beautiful beaches and idyllic views on this two week trip to India and the Maldives. Itinerary...
14 Days
From £6,045pp 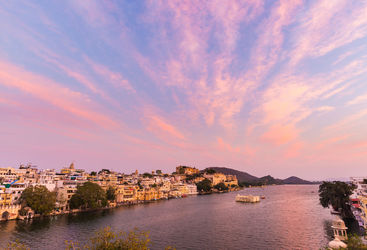 Palaces and Paradise: A Honeymoon Tour of India

This dazzling 18-day Indian honeymoon takes in the sights of romantic Rajasthan and Delhi, along with time in Agra and Kerala for good measure....
18 Days
From £6,220pp 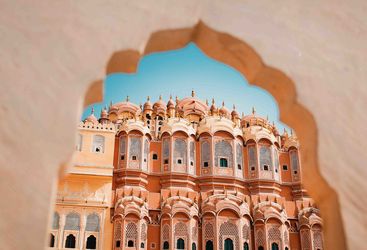 This one-month sabbatical in India and Bhutan sees you explore the culturally rich cities of Varanasi and Calcutta and unspoilt Bhutan. Experience...
30 Days

Other Places to Stay in Rajasthan & Agra 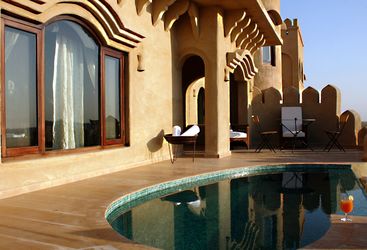 This small mud fort is perched on a sand mound, surrounded by scrub desert, just south of Jodhpur.
Find out more Add to Ideas+ 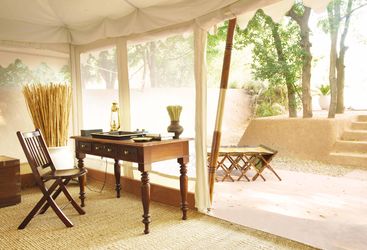 Just minutes from the gateway into Ranthambore National Park, Sher Bagh is a charming and romantic jungle camp that remains probably our favourite...
Find out more Add to Ideas+ 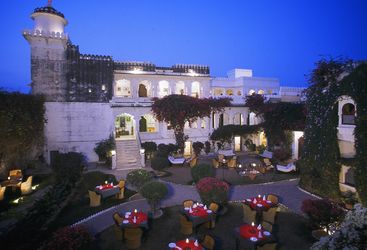 This delightful 17th century property, surrounded by forested hills, represents a Rajasthan that few see today and is in one of the most beautiful...
Find out more Add to Ideas+ 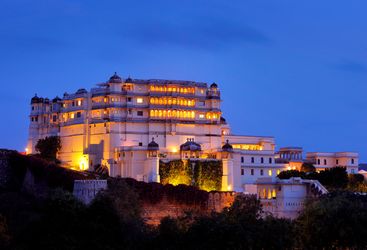 The ingenious owners have given life back to what was a derelict hilltop palace and it is now a luxury 'palace' hotel, the epitome of modern...
Find out more Add to Ideas+ 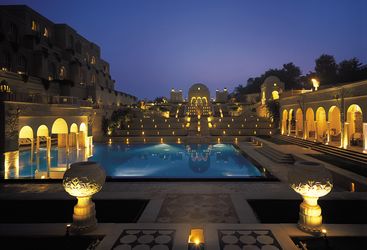 The Oberoi Amarvilas - Sanskrit for ‘Eternal Haven’ - is set among lush and serene Mughal-inspired pools and terraced gardens.
Find out more Add to Ideas+ 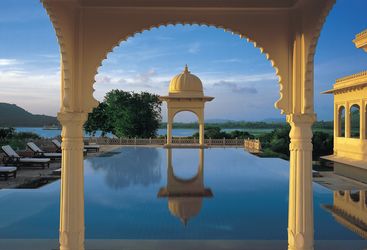 Oberoi Udaivilas stands on the banks of Lake Pichola facing Udaipur and with views across the water to the 17th century palaces of Jagmandir...
Find out more Add to Ideas+ 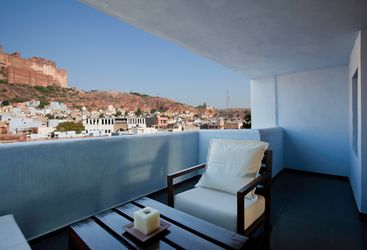 RAAS is situated at the foot of the mighty Mehrangarh Fort, in the heart of Jodhpur’s (Blue) Walled City.
Find out more Add to Ideas+ 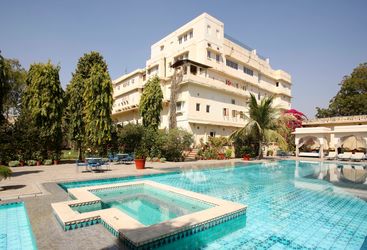 Built over 150 years ago as the Samode royal family’s suburban house, the hotel stands as a reminder of the past, beautifully restored.
Find out more Add to Ideas+ 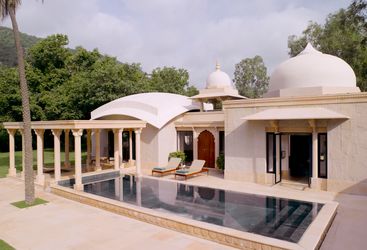 Amanbagh, or ‘peaceful garden’, was previously the site of the Maharajah of Alwar’s tiger hunting lodge and pleasure garden and is now...
Find out more Add to Ideas+ 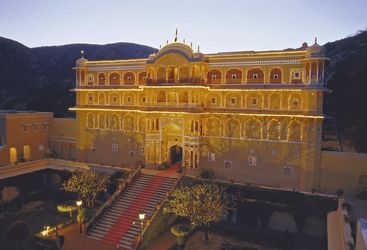 The hotel offers a quiet, elegant and luxurious atmosphere, and the owners, (the existing royal family of Samode) play a very active role in...
Find out more Add to Ideas+ 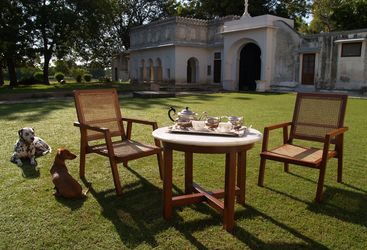 This beautiful 45-acre heritage estate was a summer residence of the rulers of Shahpura and is now an elegant heritage hotel.
Find out more Add to Ideas+ 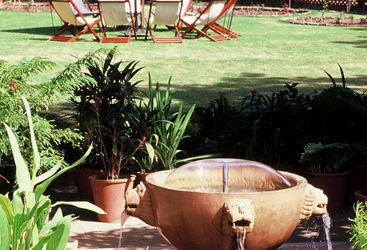 Very much a family concern; the Singh family still reside here and run the hotel, which has been restored in the traditional Rajput style.
Find out more Add to Ideas+ 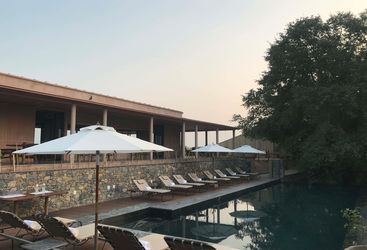 Nestled in the heart of rural Rajasthan, overlooking a lake teeming with birds, Chhatra Sagar is an idyllic haven, comprised of a collection...
Find out more Add to Ideas+ 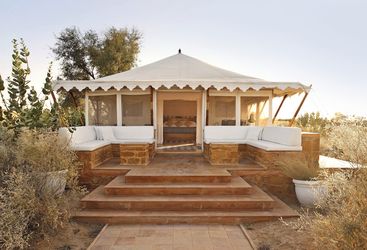 The Serai is a romantic Relais & Châteaux collection of luxury tents in the heart of the majestic Thar desert, near the beautiful city of Jaisalmer.
Find out more Add to Ideas+ 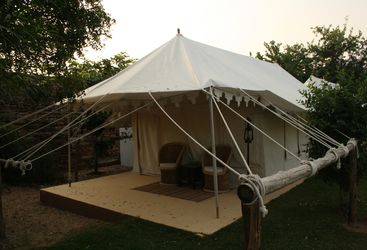 Set within a 350 year old fort, the accommodation includes luxury tents and has fantastic views out to rural India.
Find out more Add to Ideas+ 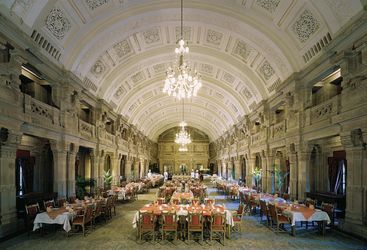 Perched high above the desert capital of Jodhpur, the palace offers guests a taste of royal living, once only available to kings and princes.
Find out more Add to Ideas+ 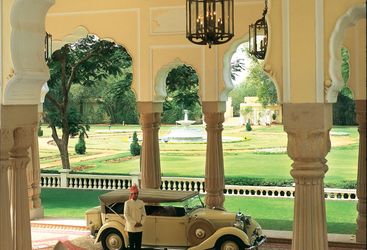 Located in the heart of Jaipur, this palatial hotel has the best of both worlds – a central position yet set in 47 acres of gardens. It captures...
Find out more Add to Ideas+ 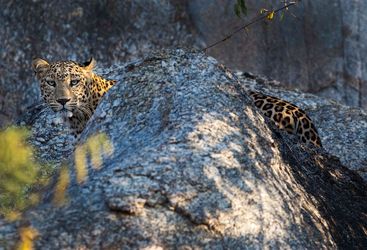 Jawai pioneers a new age of camping in India. Sujan’s latest ‘glamping’ experiment is located in the remote wilderness of the Aravalli...
Find out more Add to Ideas+ 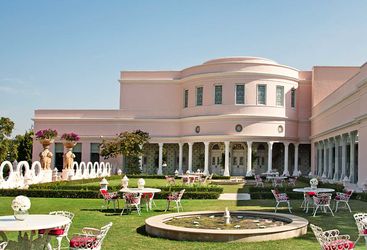 One of the oldest buildings in Jaipur, the Rajmahal Palace has been carefully restored to its former glory in a regal yet contemporary style
Find out more Add to Ideas+ 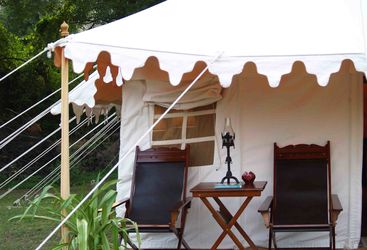 The Tented Camp at Dera Amer is nestled in the foothills of the Aravali Range, and provides a 'glamping' experience quite unlike any other.
Find out more Add to Ideas+ 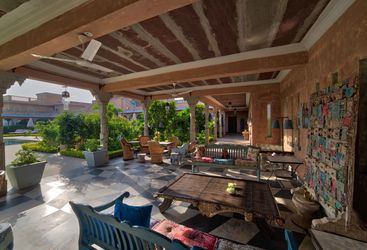 The lovely Bujera Fort in Udaipur is set on the edge of a tiny village in the Araveli Hills; with views down to Lake Pichola, the Lake Palace,...
Find out more Add to Ideas+
Load more

Rosie and Frances are our 'Taj Lake Palace' experts and as seasoned travellers they have the inside track on the most memorable adventures.