Charlotte C is here to help give you the inside track.

The wildlife (and primarily the primates) often grab the headlines, but Uganda’s landscapes are equally stunning, from the vastness of Lake Victoria (the size of Ireland) to the intensely farmed and intricately terraced hillsides outside the National Parks. And on the subject of National Parks, Uganda’s offer a huge diversity of landscapes and wildlife experiences making it perfect for safaris.

There's Semliki Wildlife Reserve & National Park to the west of Kampala where the savannah is criss-crossed by river valleys and the escarpment, the edge of the Western Rift Valley, plunges into Lake Albert. This rich habitat supports populations of lion, leopard, forest dwelling elephant, buffalo and chimpanzees but the real draw is the staggering number of birds, with over 1,000 species recorded, including the almost prehistoric looking shoebill stork on Lake Albert that starred in the Attenborough's 'Africa' on the BBC.

Further west still lies Kibale Forest National Park, 290 square miles of lush rainforest, interspersed with patches of grassland and swamp and home to 13 different primates, including a large population of chimpanzees, some of whom have been habituated.

Also out west, the Ruwenzoris offer great walking up to giant heather and lobelia habitats beyond which lie the peaks of Mts Stanley, Speke and Baker that may sound like a provincial law firm but which represent a great challenge for climbers.

On the other side of the country entirely, and tucked in a corner bordering Sudan and Kenya, is Kidepo National Park. The mountainous terrain of the park is broken by the Narus and Kidepo Valleys in an area far more reminiscent of Kenya than Uganda. This is the place to enjoy panoramic views of vast herds of buffalo with elephant, giraffe, waterbuck and zebra grazing alongside. There are also a number of predators present including lion, cheetah, leopard, and spotted hyena. This area is also home to the Karamajong people, traditional pastoralists who have few cultural or linguistic affiliations to other East African groups.

For many visitors, however, Uganda's populations of mountain gorillas are the main event. The prime viewing areas are found in the southwest of the country in yet another National Park, the magnificently named Bwindi Impenetrable Forest National Park. This 127 square miles of 25,000 years old montane rainforest is estimated to be home to around half the world's population of around 700 gorillas, with one habituated group in Nkuringo and three in Buhoma. It is also the only forest in Africa where gorillas and chimpanzees occur together.

The forest's name is well earned as the hillsides are incredibly steep and the altitude ranges up to 8,500ft, so a degree of fitness is required but as with all things, the effort is well worth it, as you spend an hour with a gorilla group, every second of which is magical.

Finally, in Queen Elizabeth and Murchison Falls National Parks the wildlife populations have been increasing in recent years and here you can take a boat trip on the Kazinga Channel between Lakes George and Edward or up the Nile to Murchison Falls. 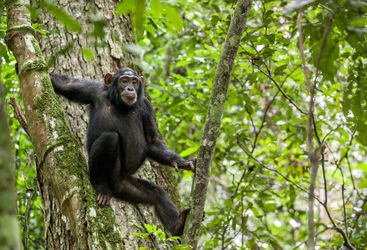 Explore Entebbe before travelling to Bwindi Impenetrable National Park, on this seven-day immersive adventure to see mountain gorillas in Uganda....
7 Days
From £3,405pp 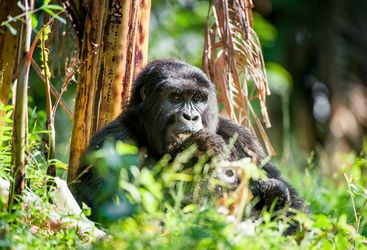 Wildlife Wonders in Bwindi and the Masai Mara: A Uganda Gorilla Trekking and Kenya Safari Combo

Explore the Bwindi Impenetrable Forest and the open savannahs of the Masai Mara on this 11-day Uganda gorilla trekking & Kenya safari combo...
11 Days
From £5,950pp 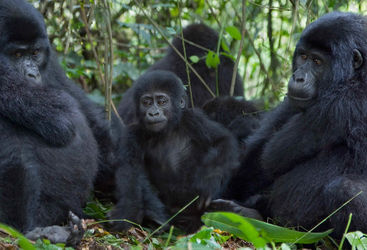 For many people Uganda means mountain gorillas, but what many don't realise is that this little country is also home to some fantastic big game...
13 Days
From £9,340pp 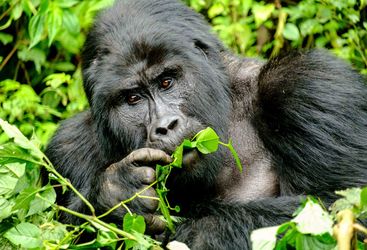 Gorillas, Safaris & Sun: A Heavenly Honeymoon in Uganda and Zanzibar

Explore Uganda's luscious landscapes from savannahs to misty mountains, and the beaches of Tanzania's Zanzibar on this heavenly 17-day honeymoon....
17 Days
From £5,855pp 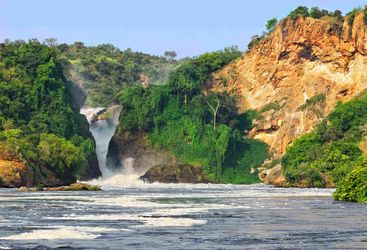 Spend 13 days discovering four of Uganda's most beautiful regions, meeting mountain gorillas, chimpanzees and numerous other wildlife along the...
13 Days
From £9,430pp

Places to Stay in Uganda 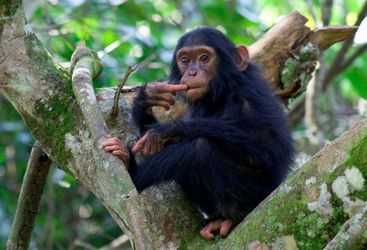 Ishasha Wilderness Camp is located on the Ntungwe River in the remote southern sector of Queen Elizabeth National Park.
Find out more Add to Ideas+ 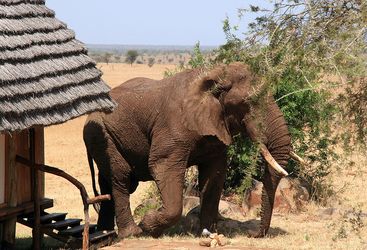 Apoka is the only lodge in the middle of Kidepo Valley National Park in the heart of the Narus Valley.
Find out more Add to Ideas+ 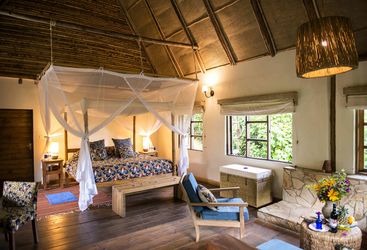 Bwindi Lodge is the ideal place from which to explore the forests of Bwindi for their elusive inhabitants, habituated gorilla and chimpanzee groups.
Find out more Add to Ideas+ 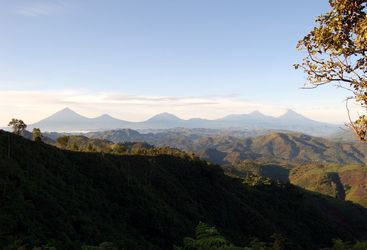 Clouds Mountain Gorilla Lodge is situated high on Nteko Ridge in Nkuringo, bordering the South Western corner of the Bwindi National Park. At...
Find out more Add to Ideas+ 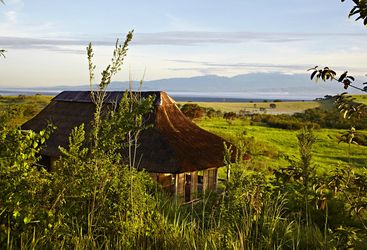 Kyambura Gorge Lodge boasts one of the finest views in all of Africa, situated as it is overlooking the 300ft deep Kyambura Gorge and the beautiful...
Find out more Add to Ideas+ 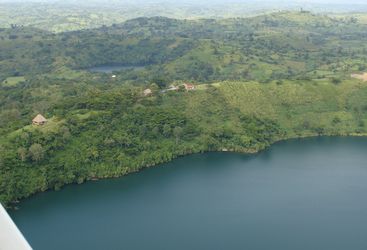 Ndali Lodge sits on the edge of Lake Nyinambuga – a flooded volcano crater in the Bunyaruguru crater lake region of Western Uganda, and is...
Find out more Add to Ideas+ 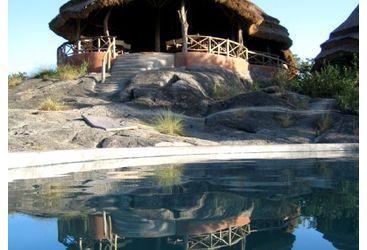 Mihingo is a peaceful lodge on a kopje adjacent to Lake Mburo National Park and is the perfect stop off point on the journey to Bwindi Impenetrable...
Find out more Add to Ideas+
Load more